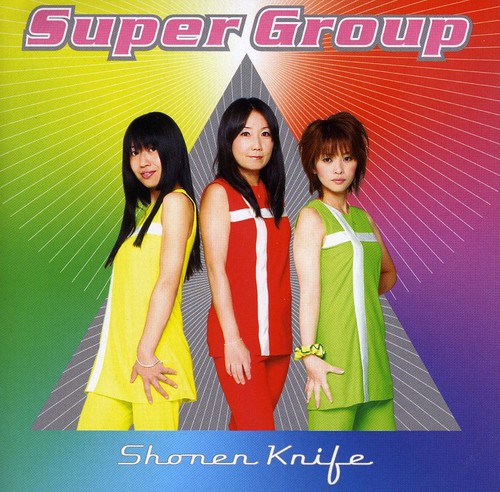 Australian pressing of the 2009 album from the bubblelicious Japanese Pop trio! Although lead vocalist/guitarist/songwriter Naoko remains the only original member, Shonen Knife's sound is still as straightforward, melodic and fun as ever. Over the years, Shonen Knife have been adored and championed by Sonic Youth, Nirvana, Red Kross and many others. Formed in Osaka in 1981, the trio was heavily influenced by 1960s girl groups and early Punk Rock ala the Ramones. Naoko and the girls craft stripped-down songs, rooted in edgy instrumentation and D.I.Y. aesthetics, expressing infectious melodies and simplistic, exuberant lyrics sung in Japanese and English, which over the course of their 27-year career has earned them a worldwide cult following.