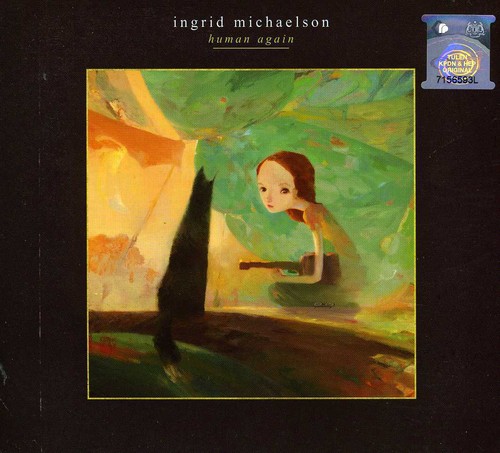 The Staten Island-raised daughter of classical-music composer Carl Michaelson, Ingrid Michaelson's music first started getting noticed when her songs were featured in the ever so popular TV series Grey's Anatomy. Now with a new album out, "Human Again" which expands on her melodic roots. Produced by David Kahne (Regina Spektor, Paul McCartney), Michaelson throws a wrench in her reputation as the Crafter of Dainty Love Songs. "The album is called Human Again, because it's taken me a very long time to be happy," she says. "I am writing about a really dark time in my life even though I'm not there." the music veers from orchestral (Kahne's specialty) to percussive, while her accompanying voice swells from contralto to soprano. No track better captures the alternating thoughtfulness and unrest of Human Again than "Fire," a string-laden anthem in which she sings about an emotional slash-and-burn. One of her most gutting compositions is Human's, "Ghost," a hushed reflection on lost romance that unfurls ruefully from it's opening line, "Do you remember when the walls fell?" from there, Michaelson plumbs the breadth of human emotion. The feisty "Blood Brothers," in contrast, is a buoyant pop tune that actually "came from a place of annoyance," she says.