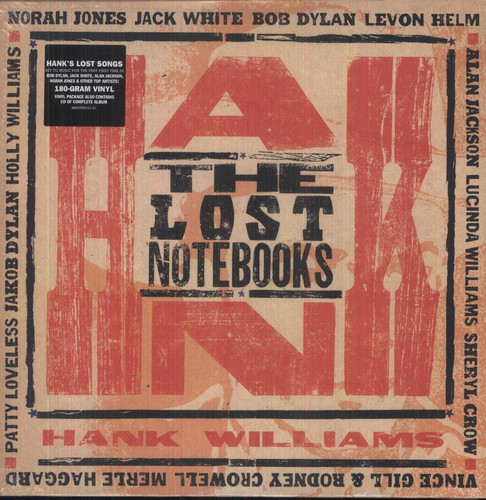 Of extreme interest to us at Third Man is an album called “The Lost Notebooks of Hank Williams.” Stemming from unused lyrics left behind by the legendary singer after his death in 1953 and spearheaded by Bob Dylan, the album has a wide spectrum of current artists putting the music to Williams’ lyrics with fantastic results. Dylan, Vince Gill, Alan Jackson, Norah Jones, Jack White and Merle Haggard are just some of the illustrious names to grace this truly unique project. The CD/download will be available October 4th via Columbia and the LP will be available from Third Man later in the month. We are beyond humbled to be involved in such a beautiful release.