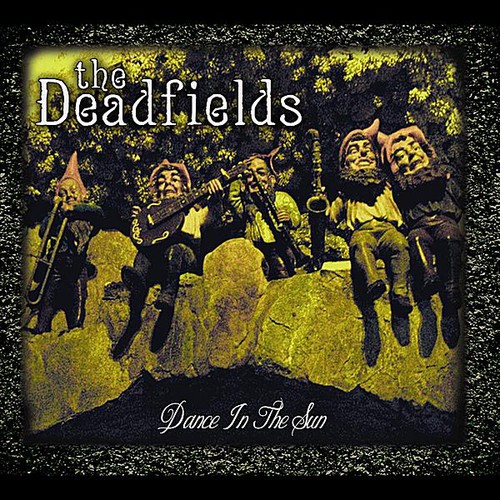 BIO 'Stemming from the pines of the Carolinas to the swamps of South Georgia, members of The Deadfields assembled in early 2011 for a simple, honest mission: have fun and write meaningful music. The Americana/Folk-Rock band's four vocalists have all been front-men and songwriters in prior groups, but the natural chemistry in this group is undeniable. Lead vocalist Geoff Reid (guitar, vocals, harmonica), of Greenville, SC possesses a natural songwriting ability and soulful, yet honest tone that resonates and speaks throughout the group. Early influences include Pearl Jam, Wilco, Spice Girls. Jeff Gardner (guitars, mandolin, vocals), an Atlanta GA transplant by way of North Carolina, has been described as a guitar prodigy with an instinctual approach to rockin' rhythmic licks and lockin' harmonies. Influences include the Old 97's, Ryan Adams, Rod Stewart, Wham!, etc. Brandon Markert (percussion, vocals) of Albany, GA smears his smile across the room with crisp, yet animalistic drumming and raucous banter. Brandon is a fan of Willie Nelson, The Band, Gwar and nude cycling. Corey Chapman (pedal steel, dobro, banjo) of Cumming, GA, speaks to the soul with divine swells, blistering rolls, and that down-home, gritty dobro. Corey is a technical freak who built his chops in churches and honkytonks, and was influenced by great musicians like Paul Franklin, Vince Gill, and Roy Clark, as well as great entertainers like Junior Samples. Atlanta's own Chase Alger (bass, vocals) pumps the low frequencies and keeps the feet stompin' & asses shakin' while dancing like Shakira. It's a huge hit in the Americas region. Not surprisingly, he enjoys hotdogs, nachos, beer, and listening to Cracker, Motorhead, and Hanson. Regardless of the amazing and eccentric individualism that exists in the band, The Deadfields have somehow assembled a roster of friends, writers and performers that are guaranteed to make a dent in your memory, or at least your night. They're slightly off the mainstream, yet close enough to the current to keep the crowd moving. Accessible, yet fresh and distinct, The Deadfields' energy and sound stir up a feeling similar to that of the Randy Rogers Band, the Old 97's, or the Avett Brothers. And their passion to create meaningful music bleeds through every performance, like a band on a mission. They'll yell. They'll stomp. They'll push. Push back. They can take it.' REVIEWS '...these guys are a tight, high energy fusion of rock imbued Americana with country flavor. I have worn out the songs on their FB page!' - Bridget Rigdon, Taste of the World Festival 'Tight and tasty Americana/bluegrass feels similar to Belleville Outfit, Zac Brown Band Something special's going on with The Deadfields, and they're celebrating the release of their CD, "Dance In The Sun," to prove it. Here's the thing about the Atlanta quintet: Remember the Belleville Outfit, the phenomenal Spartanburg band? Well, The Deadfields pick up where Belleville left off. At the same time, they've got the harmonies and super-tight talent that'll make you think of the Zac Brown Band. Their addictive Americana/bluegrass feels as polished as any band that has been together a decade, with slick guitar and banjo pickin', a smooth and confident backbeat and effortless harmonies...' - The Handlebar, Greenville SC (Feb 2012) 'The guys in The Deadfields have something going on for them that is a breath of fresh air in a somewhat stale environment with a sound that is clearly inspired from Americana to Country-Rock, but at the same time hard to actually pin point. One of the biggest factors in this is singer Geoff Reid's vocals, which although fits into the Americana and Country style carry an essence of Alternative within them as well and that makes for something new and different. As far as the actual live performance goes they have a strong energy that only builds upon the music and shows just how that really love and enjoy what they do, and that provides the crowd with a very upbeat, fun-loving atmosphere. They tore through a set packed with originals only such as the opener Carolina Backroad to Blood On My Guitar Strings and Gasoline, but I feel like that was a good thing for them to do because it forced them to really let themselves out there and really have their hearts into the show. Once they reached the end of their set list, instead of just saying their goodnights, they went acoustic and wander off the stage and through the audience to provide us with a really intimate performance that really brought a connection through the whole room... a sound that is honest, fun and for once unique.' - The Backstage Beat (Jan 17, 2012)