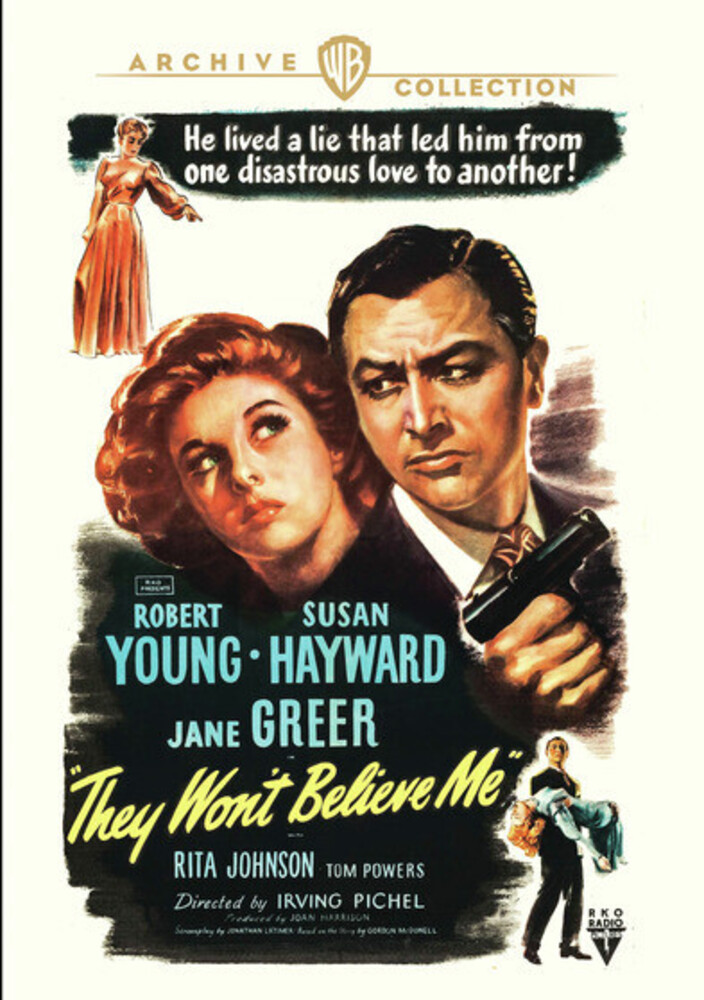 Robert Young stars in They Won't Believe Me, an absorbing film noir melodrama. The original RKO publicity tells the story: When a man goes to the devil he usually takes a woman with him this man took THREE! Young plays a dirty rotten scoundrel who sponges off his wealthy wife (Rita Johnson), seduces and abandons another woman (Jane Greer) and runs off with a third (Susan Hayward). Returning home, Young plots to murder his wife and get away with her money, but a series of ironic plot twists leaves him battling for his life. The role of faithless cad was a startling change of pace for Young, and he pulls it off brilliantly. Irving Pichel directed Jonathan Latimer's uncompromising script.