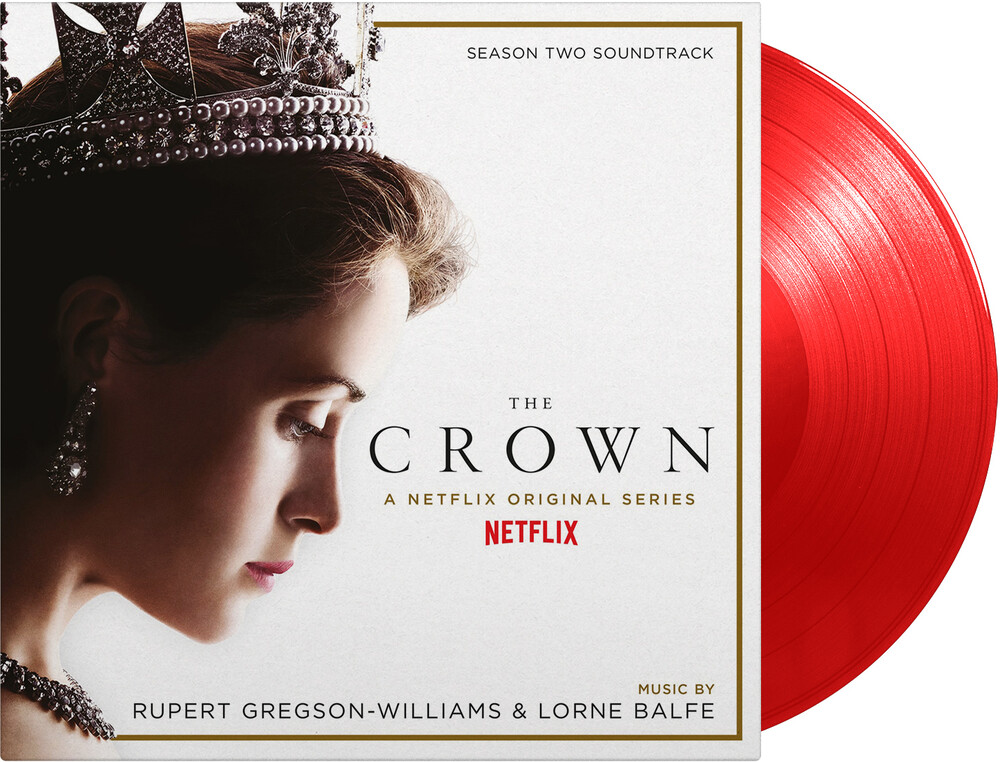 The Crown is a drama television series, created and written by Peter Morgan and produced by Left Bank Pictures and Sony Pictures Television for Netflix Original. The show is a biographical story about the early reign of Queen Elizabeth II of the United Kingdom. The first season was released in it's entirety in November 2016. Reception to the series was overwhelmingly positive, with critics praising cast performances, direction, writing, cinematography, production values, and relatively accurate historical accounts of Queen Elizabeth's reign. The second season was released in December 2017 on Netflix and, again, received universal acclaim. The music in the series was written by Rupert Gregson-Williams, a Hollywood composer who created the scores for Hotel Rwanda, The Legend Of Tarzan, Hacksaw Ridge, Over the Hedge and most recently Wonder Woman. The Crown received two awards at the Golden Globes 2017 and was nominated for two Golden Globes in 2018. Available as limited edition of 300 individually numbered copies on transparent red vinyl. The package also contains an insert.