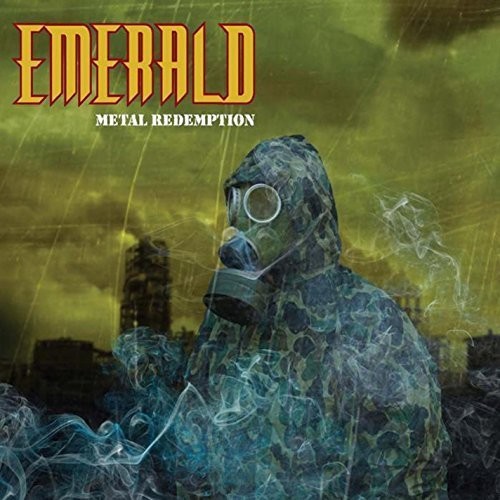 Emerald is: Jeff Melin - Guitars, vocals Duane Hollis - Fender bass guitars With Will Jones - Drums All music and lyrics by Melin/Hollis Produced by Emerald Recorded, mixed and mastered by Jeff Melin Art design by Duane Hollis Emerald was formed in Tucson AZ in 1984 when Jeff Melin (guitar and vocals) joined existing core members Duane Hollis (bass and vocals) and Larry Salisbury (drums and sweating) after answering a badly written ad posted on a bulletin board in a local Tucson music store. With the band's name quickly taken from our favorite Thin Lizzy song, Emerald continued for the first months with an assortment of temporary members. After the departure of rhythm guitarist Robert McEwen, Emerald remained as a 3 piece until the band's early demise in fall 1986. Fast forward nearly 30 years, past countless bands, projects, recordings and Emerald is back! For the past few months, Duane and Jeff have been working on their first new material in decades and are on the cusp of releasing the crushing CD 'Metal Redemption' for your listening pleasure. Metal Redemption was written, recorded and produced between Jeff and Duane along with strong contributions from new recruit Will Jones on drums. Though Duane and Jeff are US based, Will's contribution hailed from his home in sunny England...nearly shattering the world wide web to it's core with the crushing force of his drums flowing through in 24 bits. Listeners of Metal Redemption will hear original material infused with influences ranging the entire spectrum of the classic hard rock and metal genres that inspired us to pick up instruments way back in the olden days of yore.