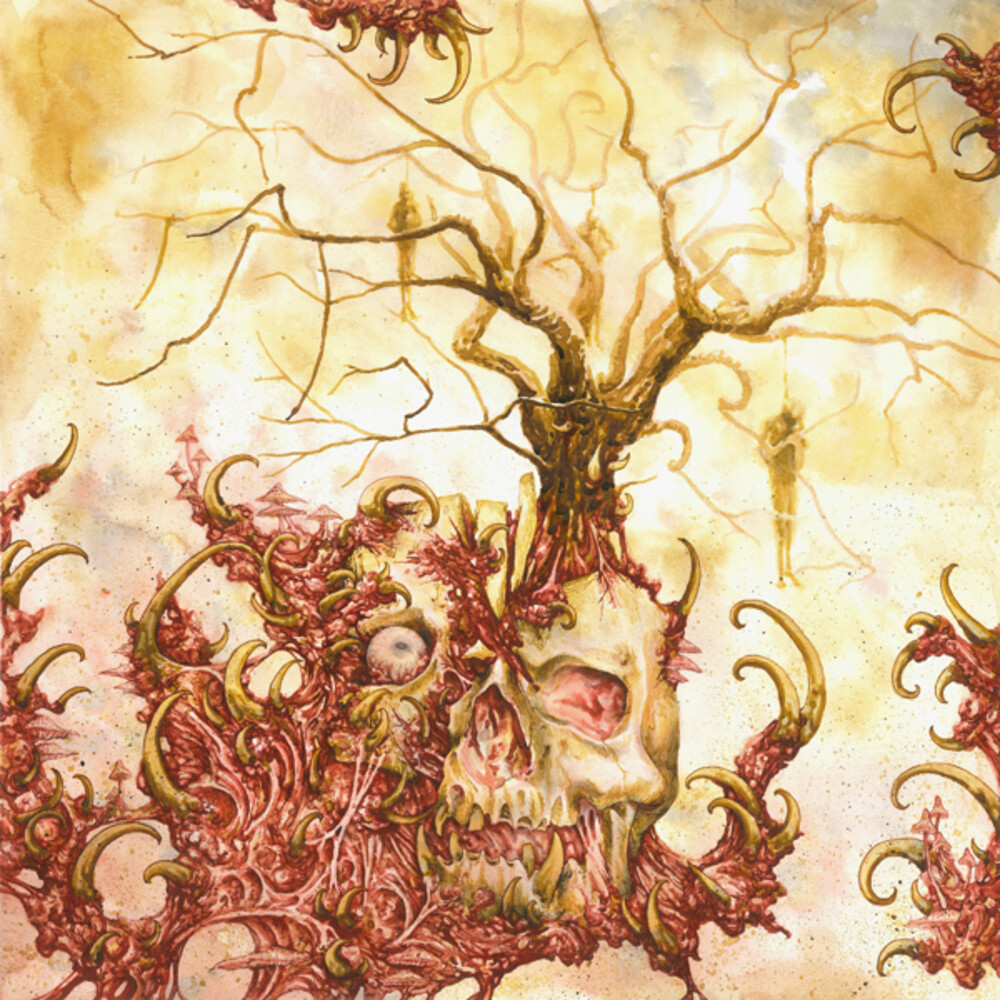 Featuring ex-members of Endless Blockade / Column Of Heaven / Abyss / Slaughter Strike etc., Bleeding Out have been making quite a name and impact within the Canadian extreme music scene in their short existence since releasing their 2018 demo, their split with Skullshitter last year, and by opening for like-minded bands they've associated with such as Full Of Hell, Tomb Mold, Mortiferum, and Primitive Man, to name a few notable friends of theirs.Lifelong Death Fantasy is a brutal, unrelenting, and utterly pulverizing, authority-bashing offering that captures the spirit of true old-school crossover deathgrind. A furious inexorable sonic pummeling, this album becomes the soundtrack to a civilization on the brink of rot and decay during an epoch of desperation, virulence, and uncertainty.