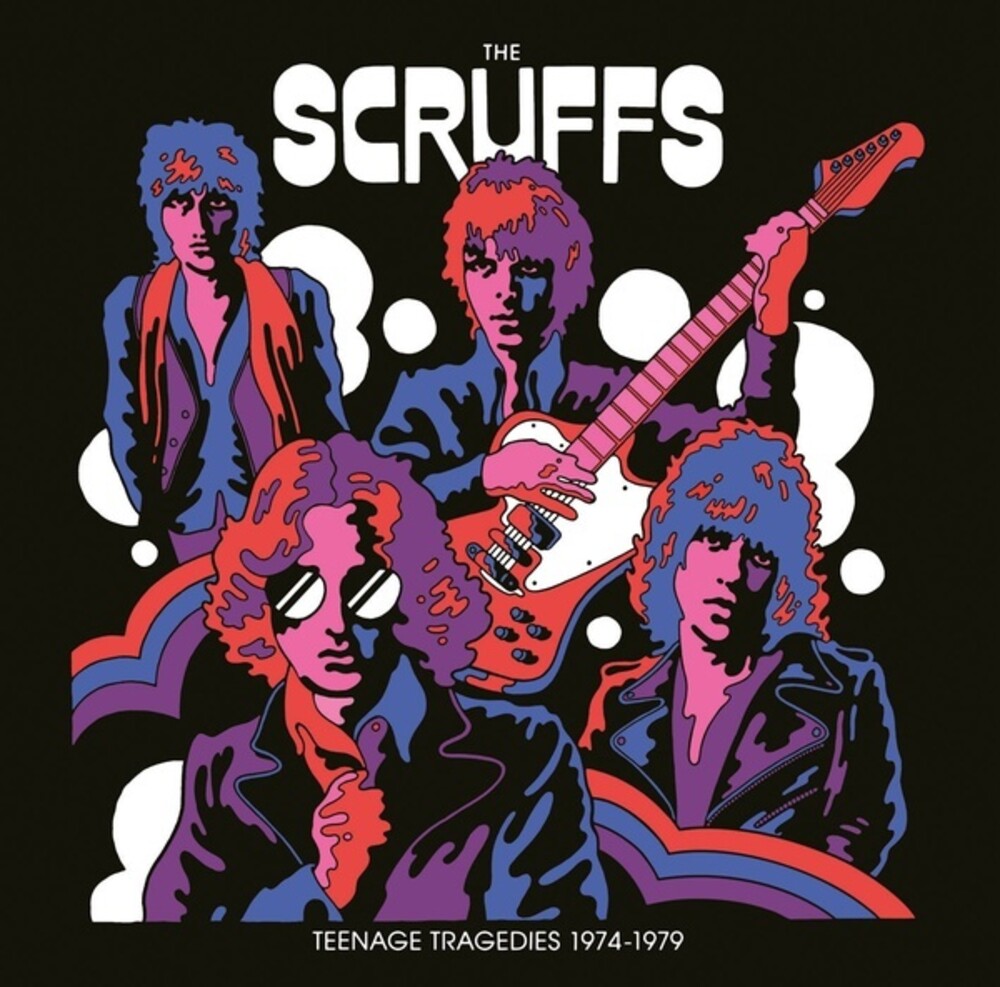 Hailing from Memphis, Tennessee, The Scruffs are best known for their classic power-pop LP Wanna Meet The Scruffs? issued in 1977. They started to record a follow-up album with John Fry at Ardent Studios, supposedly entitled "Teenage Gurls". In 1978, due to interest from Warner Bros. In New York City, the band moved to the Big Apple, playing at CBGB and Max's Kansas City. One year later, leader Stephen Burns returned to Memphis to finish the recordings which survived for years in his archives. They eventually resurfaced only on CD, in 1998 on Burns' private label Northern Heights and in 2003 on Rev'Ola. Die-hard popsters regard some of these songs as their strongest material with the best ones being compiled here on side one. Flashback: in 1974, the same year of Big Star's Radio City LP release and Chris Bell solo recording sessions, producer Jim Dickinson heard the Scruffs' early stages and their pre-Wanna Meet material and expected the band to be the next big thing. Only heard on CD on Northern Heights in 1998, the best tracks from this stunning collection, recorded in the same Shoe Studio where Chris Bell immortalized the track "I Am The Cosmos" basically at the same time, are compiled here on side two. Mixed and remastered by Adam Hill and Stephen Burns at Ardent Studio.