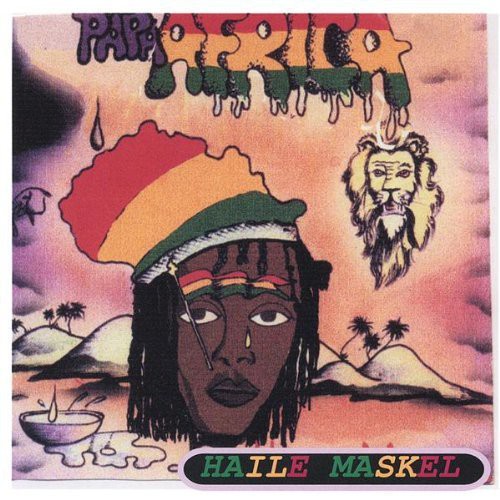 About I, Haile Maskel, I was born in Kingston, Jamaica. I grew up in a musical surrounding. Every beat of my heart rings out a melody. I remember the first song I wrote, 'Joy bells are ringing', that was it! Then, the songs just kept on coming. I was just ten years young. I wanted to play all the musical instruments- anything that would ring out a melody and when my grandma told my mom,' sey em hafe beh a sing-a'. That's all I wanted to hear. Next thing I knew, I was in church singing, and from that day forward I'm still riding the melodies of time.I have recorded, produced and composed great bass lines for such artists; Ras Michael and the Sons of Negus, Judy Mowatt, Israel Vibration, Sugar Minott, King Sound, Lee Scratch Perry, The Mighty Diamonds, The Itals, Prince Ital Joe, Zema, Johnny Rivers, Luke 'D', The Light of Saba, Ijahman Levi, Bob Marley, Bunny Wailer, Dennis Brown, The Heptones, Keith Poppin, Jimmy London,Electric Dread,Inner Circle, and many, many more. I could go on and on. I've payed my dues. I have humbled myself in the name of Jah Rastafar-I. Selah.The lion will live to see Jah glory. On Haile Maskel- We were backstage, warming up for a big Reggae concert in Santa Barbara in the mid- 1980's, and I saw a man sitting alone, at a table, quietly sipping juice and holding an old acoustic guitar. This was my first introduction to Haile Maskel. My second introduction was about 15 minutes later, when Maskel took the stage with that old guitar and single-handidly brought the house down. Maskel didn't just play Reggae music...to us, that day, Maskel was Reggae Music!! Maskel later told me awesome tales of his Jamaican childhood, when Bob Marley would stop by to visit his father and burn herbs...his first days recording, his musical associations with Marley, Tosh, Judy Mowatt, Robbie Shakespeare, Big Youth, Dennis Brown, Ras Michael, The Rastafarians...the list seemed endless. When in the studio, I saw a true artist...there was no audience, no talk of dollars or gigs, just the music...the biggest problem was trying to finish one song before Haile had already written and sung his new one, sometimes literally minutes later!! Truly Inspiring for all the musicians around him. Maskel has still only touched the surface of his own musical depths, because as he grows, so grows his music...if you want to know the man, listen to his music!! Gary Laduke NEWS FLASH for all Haile Maskel fans!!!! Colorado, USA., I have just been confirmed to perform on one of the seven wonders of the world, the stage at The Red Rock Festival in Colorado., August 21, 2004. Promotions by Bill Bass. See you there!!