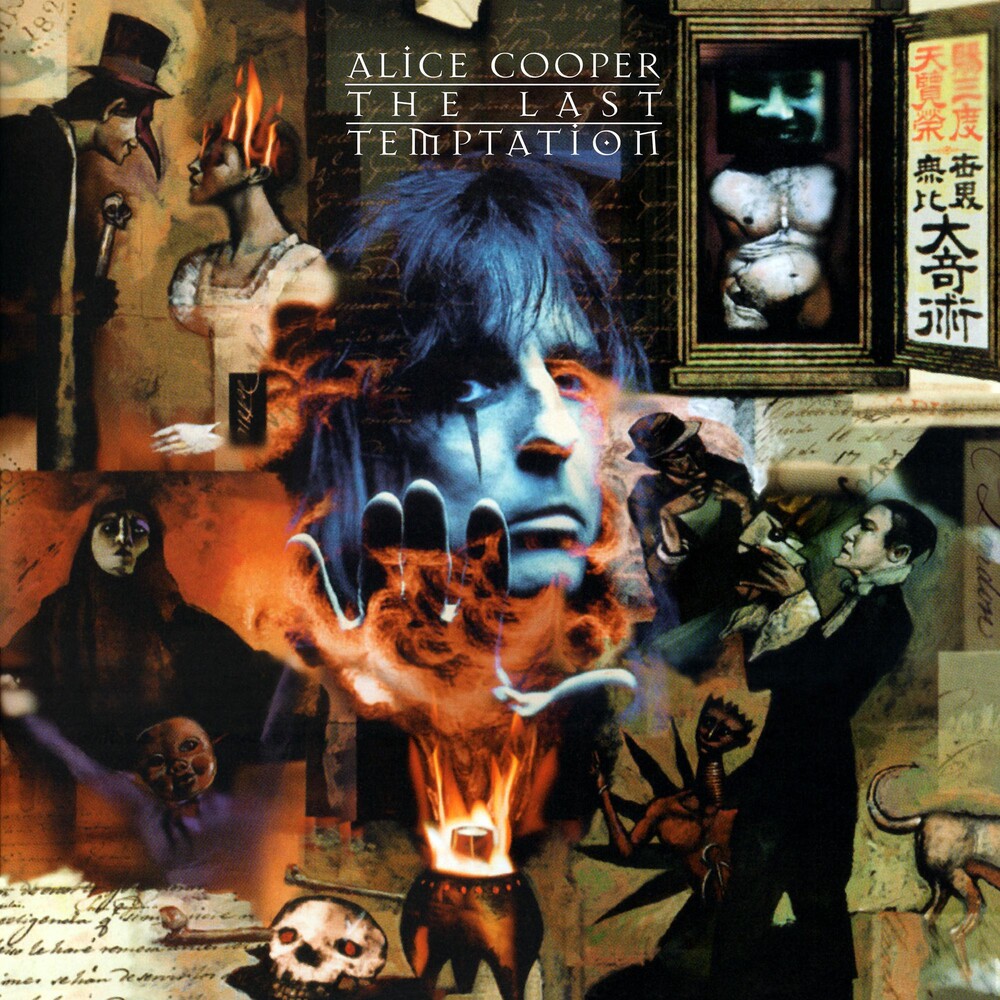 Limited 180gm blue vinyl LP pressing in gatefold jacket. The Last Temptation is the thirteenth solo studio album by rock singer Alice Cooper, released in July 1994 via Epic Records. It centers on a boy named Steven (also the name of the protagonist in Cooper's earlier work, Welcome to My Nightmare), and a mysterious showman. The showman, with apparent supernatural abilities, attempted with the use of twisted versions of morality plays to persuade Steven to join his traveling show, "The Theater of the Real - The Grand-est Guignol!", where he would "never grow up".