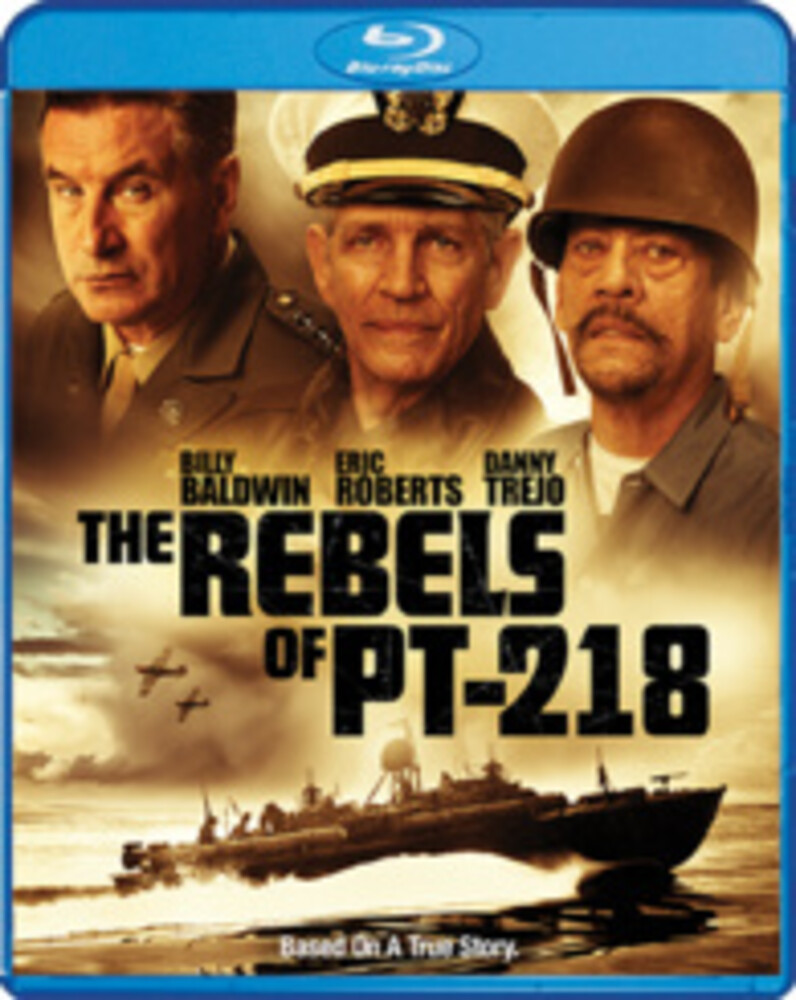 Based on a true story, The Rebels Of PT-218 follows the intrepid crew of an American torpedo boat, one of the first to encounter action in the Mediterranean Theater at the height of WWII. Off the coasts of Africa, Italy and France, the crew fights against the constant bombardment by German forces as the seas become a deadly battleground. Starring Eric Roberts (Runaway Train), William Baldwin (Backdraft) and Danny Trejo (The Replacement Killers) and featuring expert direction from Nick Lyon (D-Day: Battle Of Omaha Beach), The Rebels Of PT-218 is an engrossing and action-packed account of the intense Naval missions of WWII.