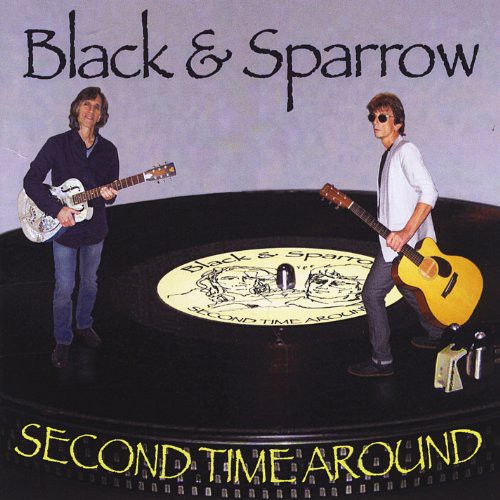 Klyph Black & John Sparrow are a New York based Acoustic Duo that have been performing for years to receptive crowds. In the past they have opened shows for The Subdudes, The New Riders of the Purple Sage, Mick Taylor, Taj Mahal, Hot Tuna and many other National acts. They have been joined on stage in the past years with Charles Neville as well as Grammy winner Terrance Simien. Klyph wrote songs that have appeared on the TV shows Felicity and Alias. John scored the full-length movies "Schmucks" and "Marie" which he also had a major acting role in. Klyph joined the "Zen Tricksters" playing bass guitar, recording and touring nationally. He then teamed up with Rock and Roll Hall of Famer "Donna Jean Godchaux" (Grateful Dead) recording their self-titled CD "Donna Jean & the Tricksters". "Black & Sparrow" back together again in the past couple of years picked up where they left off with new songs and sell out crowds. Their songs have taken on a whole new dimension with the addition of a full band behind their two acoustic guitars (Klyph also plays dobro & slide guitar). First added was Randolph A. Hudson lll, a virtuoso on Baritone 6 and 12-string guitars. He has played with the Fugs, Psychedelic Furs and toured with "Bong water" and "Magnuson/Kramer". Later added was Mike Mazzaraco on bass. Mike, a graduate from The Conservatory of Music at SUNY Purchase, is also currently a studio owner, recording engineer and a multi-instrumentalist. Also recruited was James Benard on drums. James is a professional multi-percussionist who studied with drum greats Jack DeJohnette and Tony Williams. He continued his formal musical education at the University of Miami with a major in Applied Percussion, Studio Music and Jazz. Special guests on "Second Time Around" are Al Buonanno on Bass guitar, Rob Barraco on Keys and Christian Cassan on drums and percussion. Booking: Simon Says Booking (978) 544-5110 phil@simonsaysbooking.com.