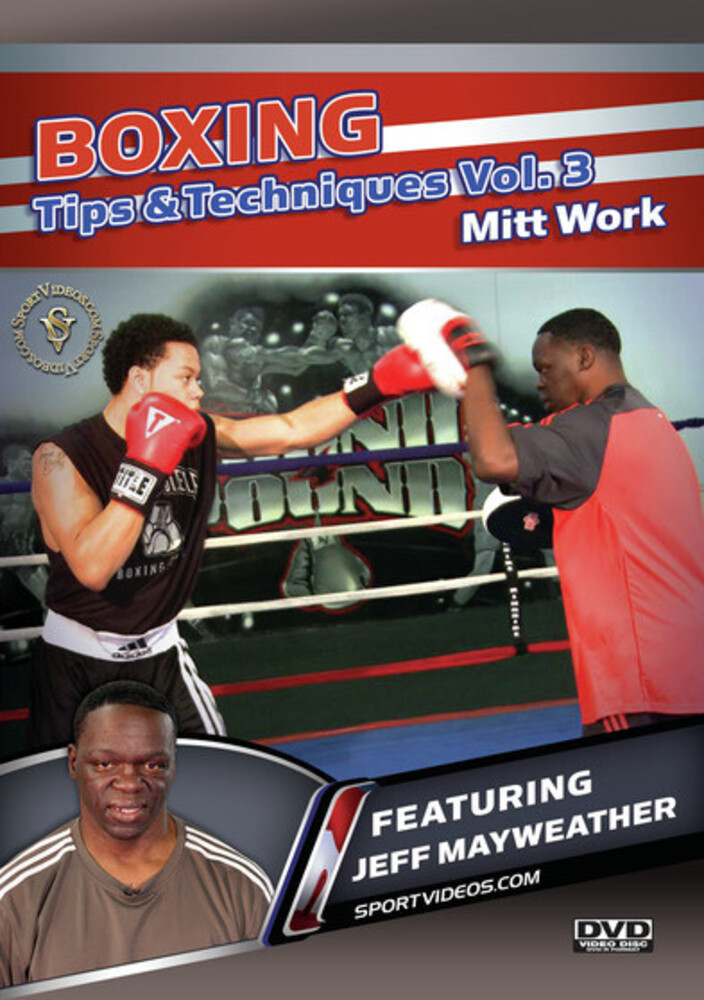 Master the mitts with expert instruction from one of the world's best trainers. This DVD is volume three of a three-part series featuring former IBO super featherweight champion and current trainer, Jeff Mayweather. In this program, Jeff teaches you everything you need to know about using the mitts to prepare a fight Among the topics covered are: the jab, right hand, hook, uppercut, tips for trainers, defense and how to put it all together. The special features section covers conditioning with instruction by Melissa Littlejohn. Now you can get inside the ring and learn the same mitt techniques and tips that Mayweather has taught to numerous world champions. About the Coach: Jeff Mayweather has been boxing since he was 10 years old, competing in numerous Golden Gloves tournaments. After turning pro in 1988, Jazzy Jeff had a career boxing record of 32-10-5 (10 KOs). His biggest accomplishment was winning the IBO super featherweight title from John Roby on April 21, 1994, a title which he defended two times. Since retiring from boxing in 1997, Mayweather has been working as a trainer in Las Vegas, Nevada and has trained many world champions. Jeff is a member of the Mayweather boxing family; his brothers are former welterweight contender Floyd Mayweather, Sr. And two-division world champion Roger Mayweather, and his nephew is five-division world champion Floyd Mayweather. Jr.