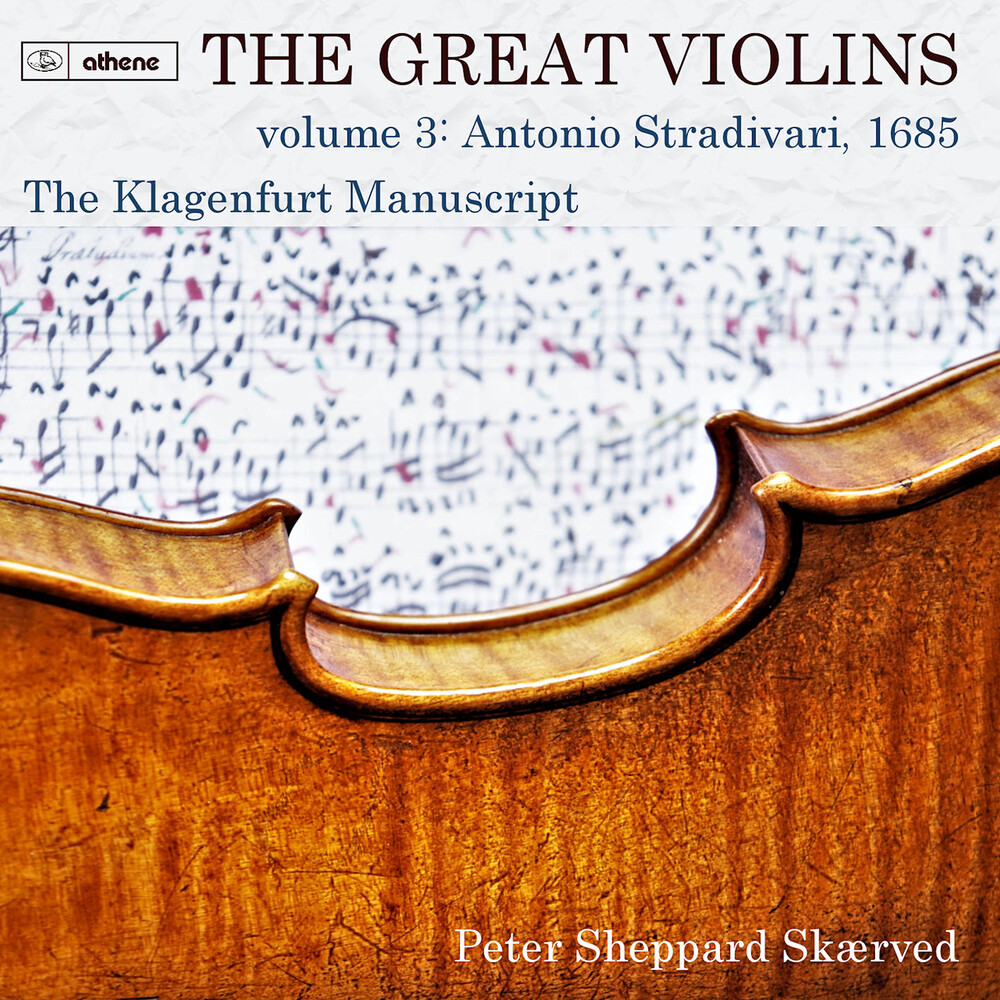 As well as being internationally recognized as a leading interpreter of music new and old, Peter Sheppard SkĂ¦rved is the only violinist to have performed on the personal violins of Viotti, Paganini, Joachim, Kreisler and Ole Bull. In this new series, he plays music on these and many more instruments, many of which only he has access to. This double album contains 96 (short) pieces which are all of the works for solo instrument contained in the Klagenfurt Manuscript, a substantial folio dated circa 1685 and which the violinist believes may have been composed by a nun - we will probably never know. He plays these works which mainly consist of individual movements of a style typically found in the baroque Dance Suite; some seem to 'fit' into multi-movement suites, others clearly do not. For the purposes of this recording each movement is listed and tracked separately. This is the world premiere recording. Peter plays a wonderful Stradivari instrument of 1685 (thus exactly contemporary with the music). In those days violins were made in several sizes and this one measures 328mm (the modern standard being 350mm). It's design and construction is clearly influenced by Nicola Amati. Though 'modernized; in the 19th century, it is hear played with a period-design bow and gut strings for authenticity. The violin is from the historic instruments collection of the Royal Northern College of Music, Manchester, England.