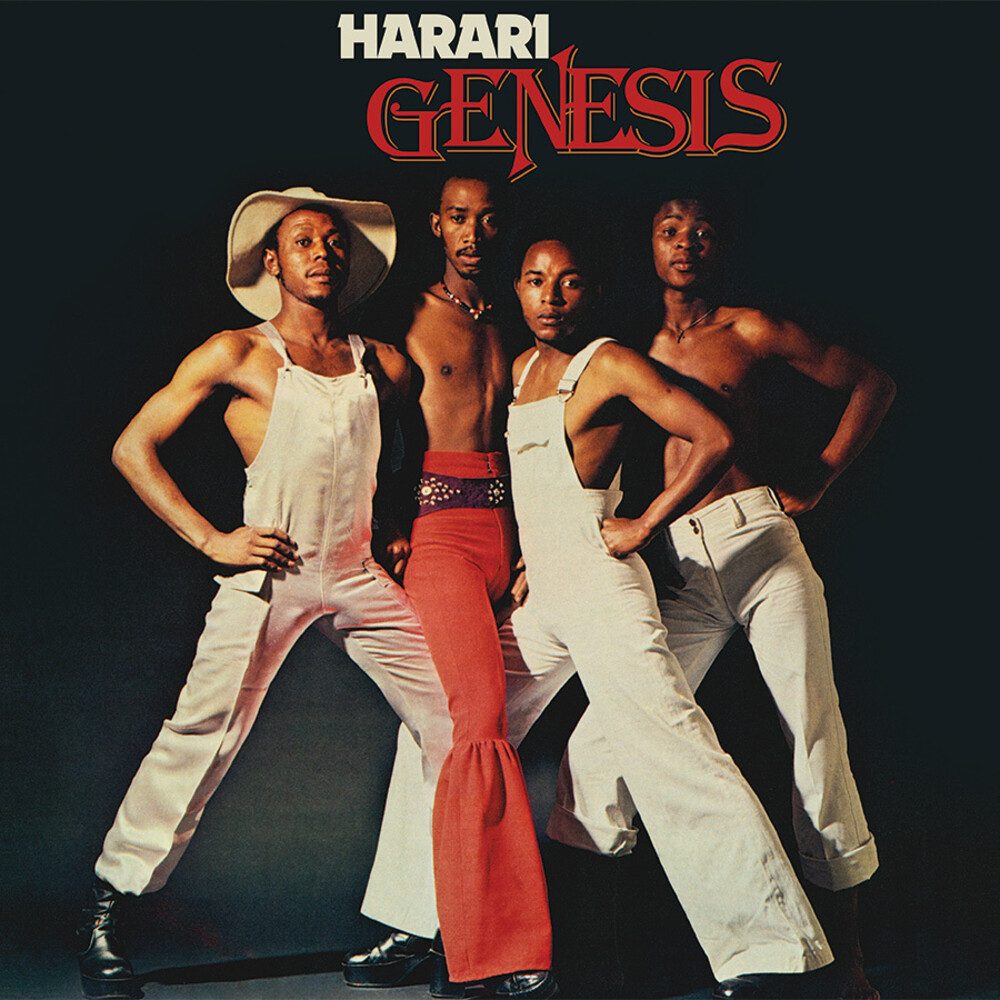 Harari was formed in the late sixties and originally known as The Beaters, the South African group consisting of guitarists Selby Ntuli & Monty 'Saitana' Ndimande, bassist Alec Khaoli and drummer Sipho Mabuse decided to change their name to Harari during a tour through Rhodesia (now Zimbabwe) in 1976. The name is taken from a township outside Salisbury (which is now the capital, Harare). With their afro-rock/funk/fusion style they achieved huge successes back home and in the neighbouring states, and they were the first local black pop/rock band to appear on South African TV. The Beaters/Harari had been disciples of 'Soweto Soul' - an explosion of township bands drawing on American soul and inspired by the assertive image of Stax and Motown's Black artists. They supported Percy Sledge on his 1970 South African tour (and later Timmy Thomas, Brook Benton and Wilson Pickett). But their watershed moment was a three-month tour of Zimbabwe (then Rhodesia) where they were inspired by the strengthening independence struggle and musicians such as Thomas Mapfumo who were turning to African influences. On their return, the neat Nehru jackets that had been the band's earliest stage wear were replaced by dashikis and Afros. In the process, they created a sound that was labelled all too simply as 'Afro-rock' but was really a fusion of funk- and rock-inspired rhythms with African roots. In 1976 Harari were also voted South Africa's top instrumental group and were in high demand at concert venues across the country (they were the first Black band to headline their own show at Johannesburg's Colosseum Theatre). Harari released several albums and their South African based label (Gallo), even got them a two-album deal with the US major label A&M. Their single, 'Party', entered the American Disco Hot 100 in 1982. After the untimely death of Selby Ntuli in 1978 they would go on to record more albums with a new line-up but it was never the same again. By 1984 the group disbanded, and Harari's members launched successful solo careers. Harari was a band that was deeply rooted in pan-African politics, the parallel cross-influences of the Black Panther Movement and Black Consciousness. African American soul music and Soweto Soul contributed to the way Harari became purveyors of all the styles we know today as Afro-soul, Afro-pop and Afro-jazz. The Beaters/Harari left behind a body of work that fused traditional African sounds with rock, funk, jazz, soul and psychedelia into a unique and coherent sound. It shows their ability to capture the many genres flying around South Africa during a time of intense political and cultural shifts. The album we are presenting you today (Genesis from 1977) comes swinging right out the gate with a set of six monster anthems, explosive up-tempo jams, gorgeous vocal harmonies and chants, Afro-centric fusions of rock, funk and indigenous influences. The album is packed with mesmerizing drum-grooves, psychedelic improvisations and catchy Afrobeat rhythms. This is a quintessential Harari record that every serious collector or fan needs to have in his collection.