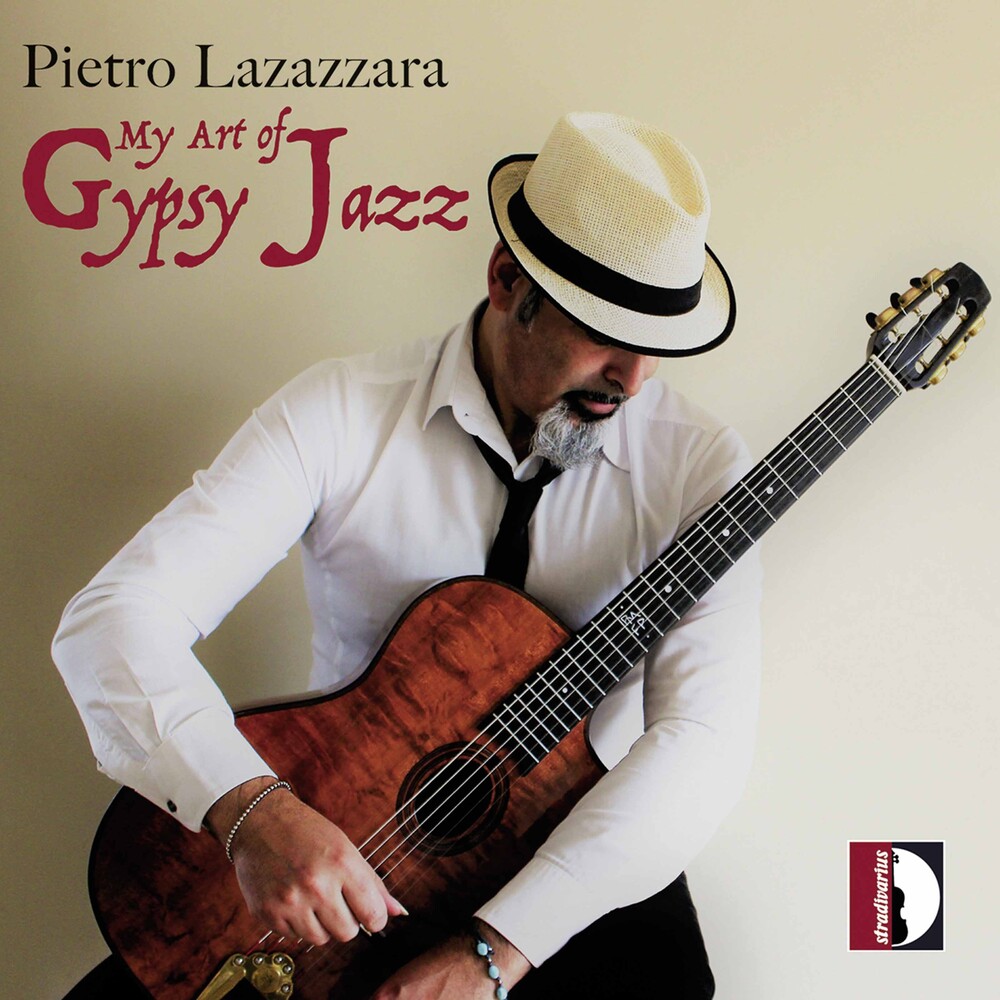 Pietro Lazazzara writes: "The work "My Art of Gypsy Jazz" consists of 14 compositions. 11 pieces are original that have never been published, while 3 pieces were created by Gypsy music composers. The title of the album fully expresses my vision of traditional Gipsy Jazz and it's possible projection into the future. My academic career as a classical guitarist, my Jazz Music and Flamenco studies have contributed to the creation of my compositions. " He began studying classical guitar at the age of twelve and then he graduated brilliantly at "Tito Schipa" Conservatory in Lecce. In 2008 he obtained, with the highest grades and honors, the Academic Diploma of Specialist level II in Musical Disciplines, classical guitar, at the Conservatory "E. R. Duni" of Matera where he studied under the guidance of Master Clemente Giusto. Also at the Conservatory "E. R. Duni" in Matera he received his degree in Jazz Music in 2009. With the highest marks, he obtained the advanced course in classical guitar at the "Roman Guitar Academy" under the guidance of Maestro Domenico Ascione, an experience that led him to perform in several Recitals in the Capital city.