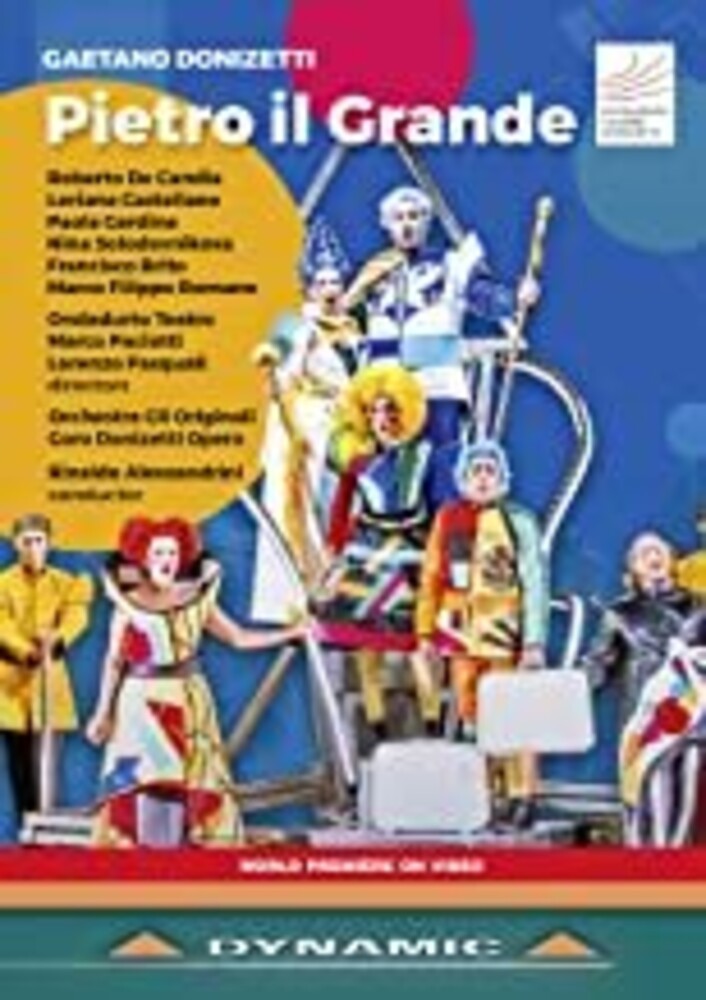 Pietro il Grande, kzar delle Russie - composed when Donizetti was 22 years old - was the first of the composer's operas to receive more than one production. To celebrate the 200th anniversary of the work's première in 2019, the Fondazione Teatro Donizetti di Bergamo staged this rare melodramma burlesco in a new critical edition. The influence of Rossini and Mozart is clear, but the young Donizetti still managed to create a fresh and lively work that displayed early evidence of his mature style. This Donizetti Festival performance received widespread international acclaim, with a cast of excellent singers and a unique staging by Ondadurto Teatro (Marco Paciotti and Lorenzo Pasquali), influenced by Russian avant-garde art of the early 20th century.