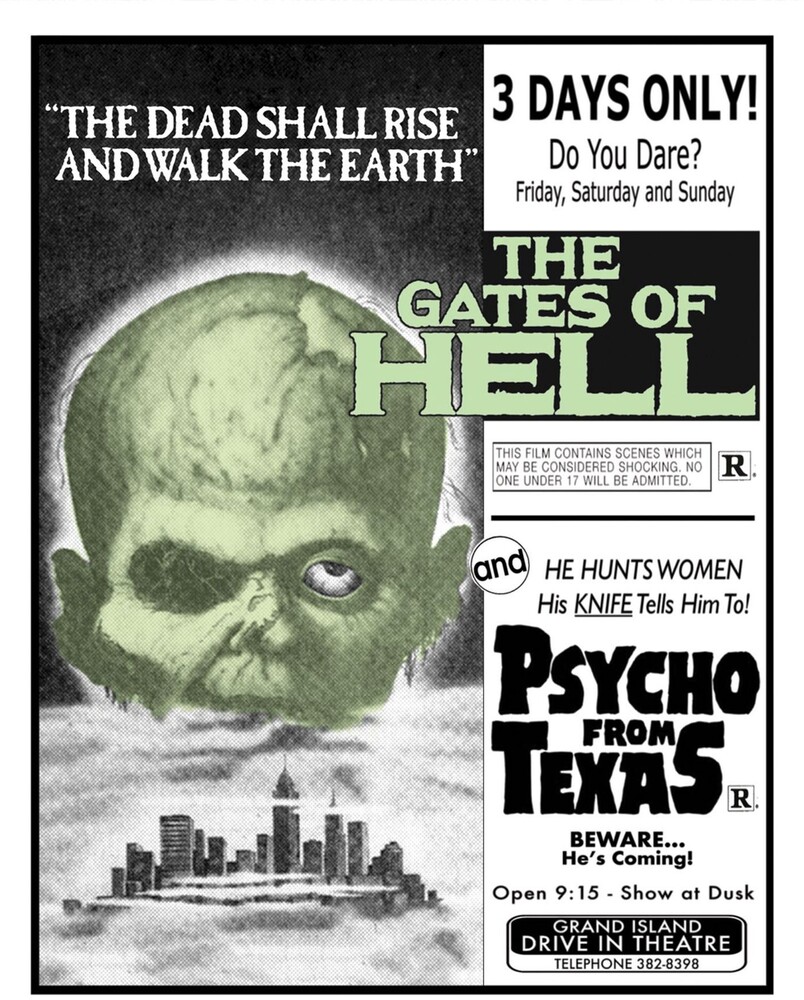 Gates Of Hell + Psycho From Texas

The Gates of Hell: A reporter and a psychic race to close the Gates of Hell after the suicide of a clergyman caused them to open, allowing the dead to rise from their graves.Psycho from Texas: A drifter/hitman is hired by a local business man to kidnap the local oil baron. The hitman had been reared in squalor, suffering the abuses of his whoring mama. When the baron escapes his assistant must chase him while the hitman takes care of a few loose ends.