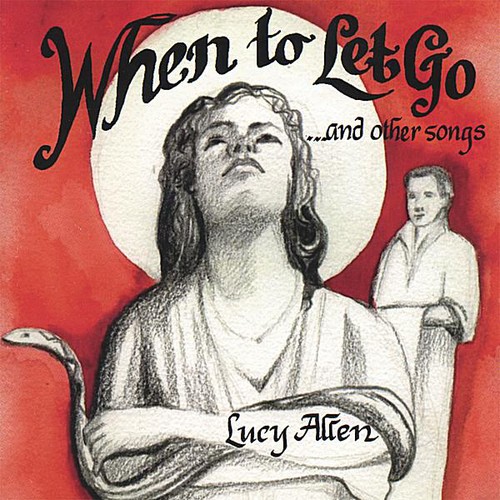 Music that reveals and heals has been a constant in Lucy Allen's life since childhood, when her musical parents filled the house with the progressive sentiments of folk legends Pete Seeger, Woody Guthrie and Peter, Paul and Mary. Today, as a singer-songwriter touring the western Carolinas, Allen is putting her personal stamp on songs that recount life's struggles and illuminate the possibilities of their lessons - whether they are original tunes or well chosen covers that display her formidable guitar and vocal skills. Those musical skills are obvious on her current CD, 'When to Let Go... And Other Songs.' The 12-track collection includes her lovely interpretations of gems penned by such treasured songwriters as Cheryl Wheeler, and Guy and Susanna Clark, as well as three fresh songs of her own. 'When To Let Go' not only celebrates the quiet beauty of life's ordinary pleasures, but highlights Allen's ability to openly wrestle with a personal issue until she discovers it's universal message. In her rootsy live performances, Allen builds a connection with her audience by delivering these sometimes stirring, sometimes amusing, moments of truth, recognition and celebration. 'We've all been snakebit at some time in our lives,' said Allen, whose affinity for both detail and timelessness dovetails with her Ph.D. in folklore. 'So I'm always looking for ways to make people smile and let them know they're not alone out there.' Allen starting playing guitar as an adolescent, then took voice lessons and stints in Gilbert and Sullivan productions, while attending a Quaker high school in the Maryland suburbs of Washington, DC. It was during an internship at the Library of Congress that Allen first discovered the fascinating field of folklore and went on to study it, first at the University of North Carolina in Chapel Hill and then in Newfoundland, Canada. Along the trail to that degree, she took several life-enriching detours - including playing solo and in a group in the Greensboro, N.C. area; and a year-long residence in England, where she swapped songs and experiences with new musical friends. Lately she's been adding more experiences to her ever-widening musical palette: live radio, performing and emceeing at regional festivals, and hosting a traditional folk music series. The traditional music series, part of AcousticSeen at the Coffee Underground in Greenville, S.C., links Allen's knowledge of traditional music with her love for contemporary songwriting. In the past few years, Allen has stepped up her own songwriting. She is gaining confidence in her ability to distill the essence of an experience and craft it into song. And she is taking guitar lessons again - to jumpstart her fingerpicking to the next level. A perpetual student of life, Allen is also exploring another realm of communication: being a massage therapist. 'In both music and massage, I get instant feedback,' she said, noting the parallels. 'In song, I get a response through music and words. With massage, I get a response through touch.' Healing comes in many forms through the hands and heart of Lucy Allen.