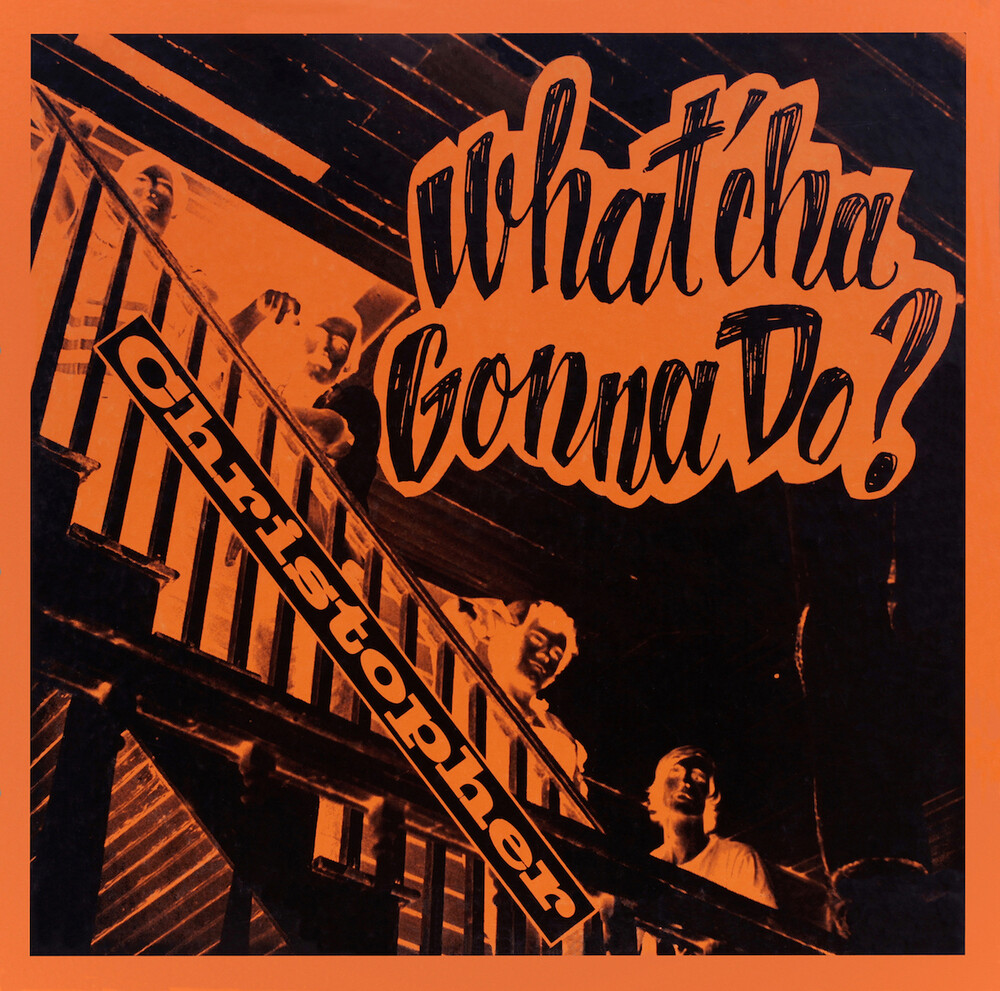 Official authorized reissue of the legendary psychedelic LP by Christopher from South Carolina. One of the absolute best American psychedelic LPs of the 1960's, and one of the rarest-a copy went for close to $4,000 the last time an original copy sold online, and nearly double that changed hands off-line for an original! Every song is of the highest quality-they're all self-penned too-with an accessible sound the suggests that Christopher could have had more widespread success had they ever made it out of their native South Carolina. The "What'cha Gonna Do?" album was pressed in 1969 to use as a demo (which is why as few as 100 copies exist), but you'd never know it based on the overall quality of the production. When you've got blistering acid rock mixed with acid blues, with a couple of thoughtful melodic songs for good measure, you've got a recipe for something special.Christopher recorded 'What'cha Gonna Do?' at Arthur Smith Studios in Charlotte, NC, a state of the art 8-track studio. Smith himself was a famous performer and songwriter who wrote 'Guitar Boogie' and 'Dueling Banjos.' It was the best studio money could buy in the South at the time, an astonishingly expensive $62 per hour, but the studio wasn't quite sure what to make of Christopher! The engineer, Jerry Black, introduced himself by saying, 'This is the first 8-track stereo recording of an acid rock band I've ever done' in his Southern drawl." And so it was.The music demands your attention: well-crafted trippy lysergic lyrics about plastic capsules (and more), flanged vocals (among other effects), fine vocal harmonies, extended jamming, and a transcendent quality well expressed by the gutsy and creative guitar work. Acid rock mixed with acid blues, and lovely melodic rock songs, at times reminiscent of Corpus, Moving Sidewalks, Quicksilver, American Blues Exchange, Dragonfly, Litter (circa 'Emerge'), Love, Tripsichord, and many others. Had Christopher's sole record been a major label release it would have been a staple in every head's record collection. An enduring work of stunning proportion.This time out, as is befitting one of the absolute best US psychedelic albums, our deluxe Lion Productions edition of Christopher's 'What'cha Gonna Do?' LP comes with a full-size 12-page booklet. We've expanded the liner notes to include even more stories from the band + complete lyrics for all the songs.