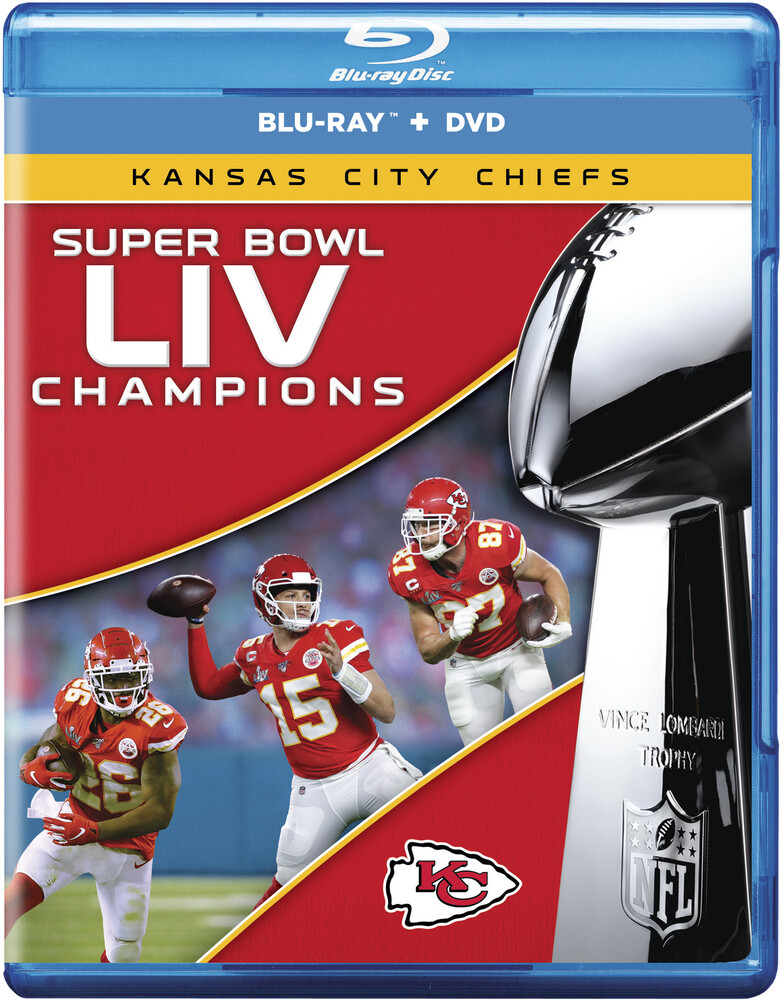 CHIEFS KINGDOM REJOYCE!!!! For the first time in 50 years, the Kansas City Chiefs are Super Bowl Champions, capturing the franchise's second Vince Lombardi Trophy with a 31-20 victory over the San Francisco 49ers in Super Bowl LIV! All the great moments of the Chiefs' title run are now yours to own in this thrilling film - from the opening victory in Jacksonville, to winning six straight to end the regular season, to the post-season comebacks over Houston and Tennessee, to the crowning glory of their triumphant victory in Miami's Hard Rock Stadium. With sideline sound and in-game wires that put you right in the action, award-winning cinematography, pulse-pounding music, and exciting special features, Super Bowl LIV Champions: Kansas City Chiefs is a must-have for every member of Chiefs Kingdom!