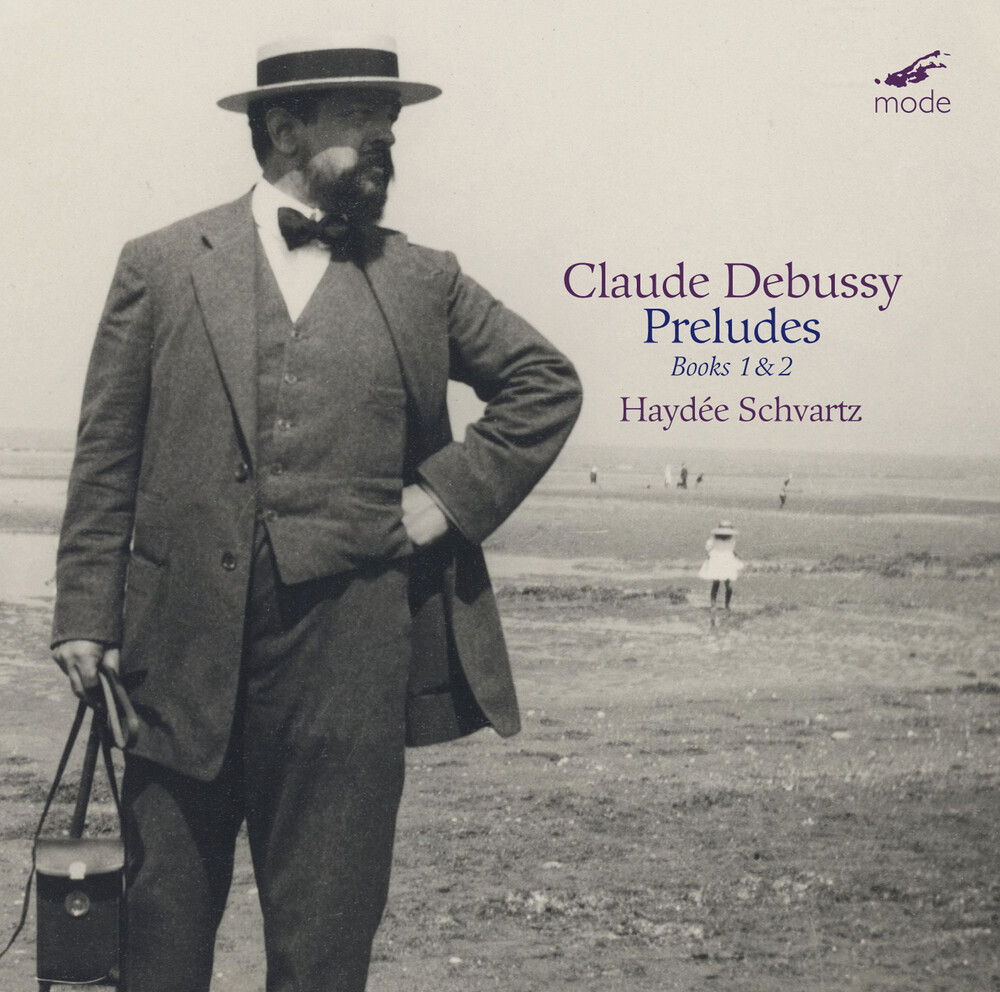 It may seem odd to some to find a release of Debussy's music on Mode Records. But actually not, for Debussy is one of the forefathers of the developments of the second part of the 20th century. This recording of the complete Preludes by Haydée Schvartz had it's genesis during her studies with pianist and new music specialist Yvar Mikhashoff. Mikhashoff intrigued Schvartz with the titles of the Preludes, which Debussy curiously placed at the end of each. The lavishly illustrated booklet's texts are written by Debussy scholar Denis Herlin. He delves into Debussy's life, the Preludes, and their titles, while the booklet contains images referencing these titles. Bonus tracks include the song "Ain't it funny what a difference a few hours make" from the musical "The Yankee Consul" which Debussy quotes in "Minstrels." And an alternate take of "Des pas sur la neige," showing two very different interpretations of that Prelude. Argentine pianist Haydée Schvartz is already known on Mode Records, having released two previous albums with the label. She is active in new music as well as classical solo and chamber music repertoire and as a soloist with orchestras. Schvartz participated in the Argentinian premiere of John Cage's "Europera 5" and played the role of Clara Schumann in Gerardo Gandini's opera "Liederkreis" at the Teatro Colón in Buenos Aires. She presented the complete piano works of Luciano Berio for the first time in Argentina and Mexico.