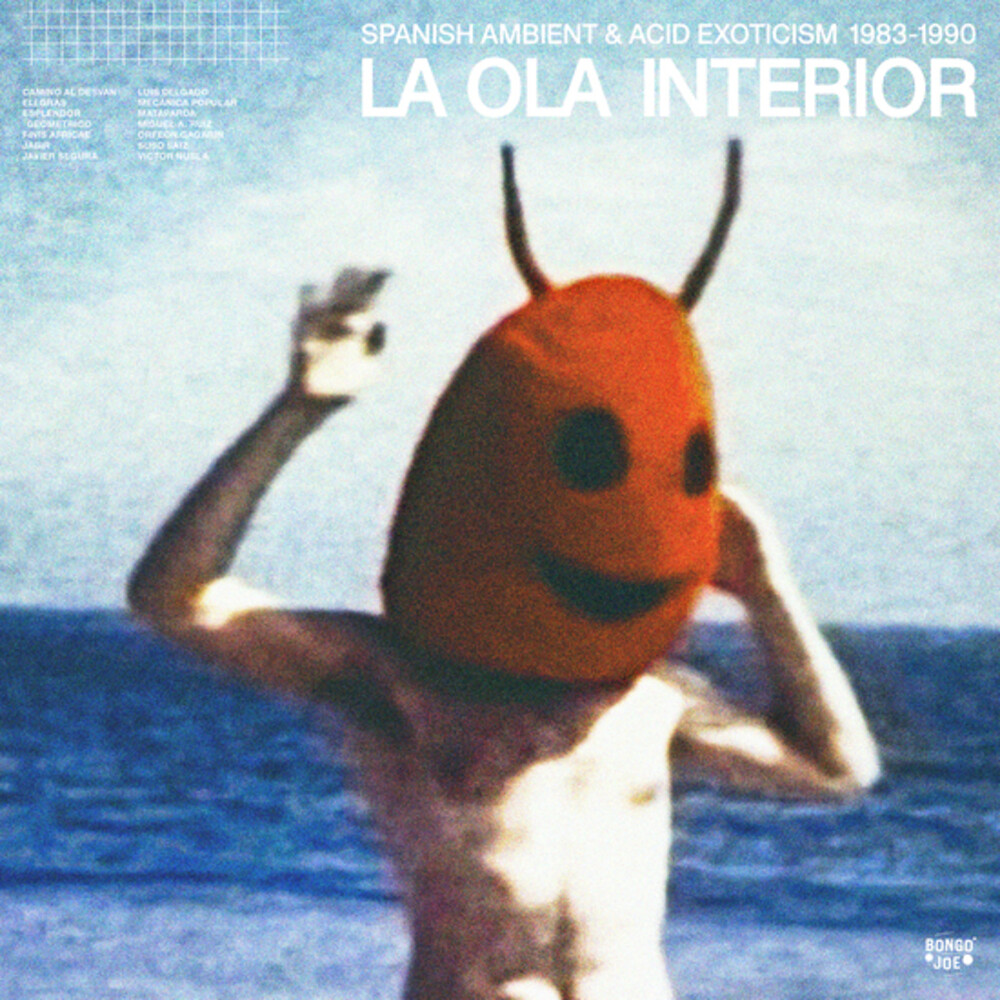 Following "La Contra Ola" (BJR015), Bongo Joe is pleased to present LA OLA INTERIOR, a compilation exploring the ambient side of the Spanish electronic music produced in the '80s. It gathers musicians from various horizons and of many generations, who shared the desire to create an immersive soundscape and to combine electronic music with non-Western musical traditions. As a general rule, the Anglo-Saxon tropism did relate the Spanish peninsula's ambient music to the Balearic Sound, that is to say to the relaxing music played in Ibiza's nightclubs. But this music takes place in the productive territory of experimental musics, and particularly in it's two main breeding grounds: the tape recording underground and the independent musicians-producers scene. Inseparable from the processes of self-publishing, distribution and exchange of music that were then taking place in Spain in an artisanal way, the vast underground movement of cassettes was divided between an 'ethno-trance' combining industrial beats and oriental sounds on the one hand (Esplendor GeomĂ©trico, Miguel A. Ruiz / OrfeĂ³n Gagarin) and unclassifiable low-fi tinkerers on the other hand (Camino al desvĂ¡n, Eli Gras, Mataparda, Victor Nubla). Hyperactive, this scene is radical and strongly dominated by the hardest musical styles, but the ambient, influenced by the German Kosmische Musik and 'krautrock', also develops here. The second vein of Spanish ambient comes from some of the independent labels of the peninsula (DRO, GASA, El Cometa de Madrid, EGK) whose activity will mark the return of some of the most adventurous musicians-producers of the 70s. Some were influenced by American minimalism (Luis Delgado / MecĂ¡nica Popular, Suso Saiz, Javier Segura), others by Fourth-World Music conceived by Jon Hassell and Brian Eno (Finis Africae, Jabir). Having passed through folk, ancient, traditional or contemporary music, and being familiar with improvisation and studio techniques, these artists come from a mutant hippie culture, capable of phagocyting many musical styles from electronic ambient to ethnic improvisation and modal jazz. These two scenes and generations that makeup LA OLA INTERIOR intersect around a common interest in non-Western musical traditions. Their exploration may be that of the tribal origins of electronic rhythms or the Arab heritage of Spain. Above all, it is a dreamy exoticism, an immobile journey as the sounds, rhythms or instruments of these traditions are scrutinized by Western practices (avant-garde music, electronic technology). The result is a hybrid music, filtered and reinvented, neither Western nor extra-Western, with a pronounced taste for the fusion of opposites, which we have called 'Acid Exoticism' because of it's permanent search for trance or contemplation. Atmospheric, contemplative and serial, these musics still plunge us today into a sensorial journey, at the same time interior and distant, organic and technological, between exotic reminiscences and interior visions. LA OLA INTERIOR brings together 20 little-known and innovative pieces from the golden age of Spanish electronic music.