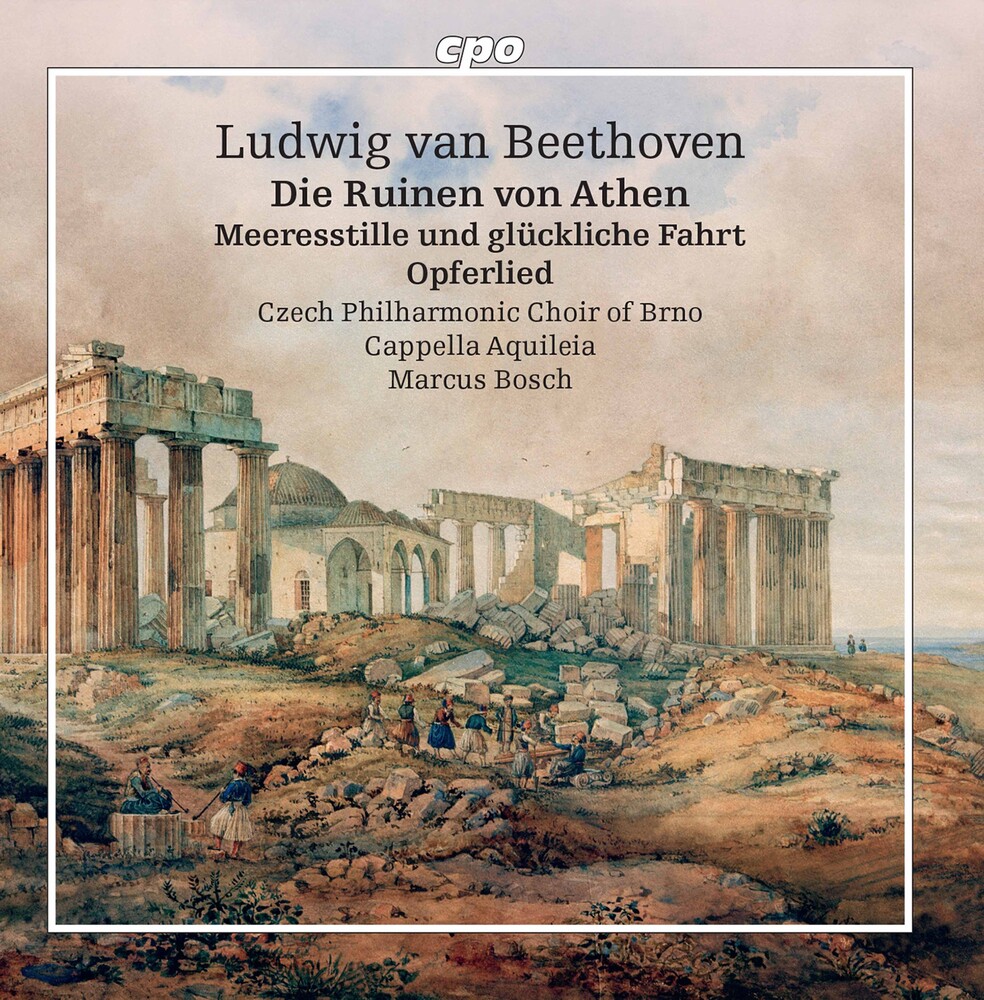 The focus of our second collaborative venture with the Cappella Aquileia and Marcus Bosch for the Beethoven Year is formed by the complete recording of The Ruins of Athens, an incidental composition penned by Beethoven for the opening of the recently constructed theater in Pest (today: Budapest) in 1812 and an occasional work set to a text by the then popular writer August von Kotzebue. Those who perform this work today are faced with a dilemma. If they perform Beethoven's music without the spoken text, then a work in which language and music are closely intertwined is reduced to an arbitrary sequence of musical numbers. However, if they perform The Ruins of Athens with Kotzebue's text, then they confront audiences with a political metaphor that without explanation would cause today's listeners to shake their heads (at least) in bewilderment. In a new version Kai WeĂźler has endeavored to update Beethoven's important idea of a classical-humanistic heritage embodied by Pallas Athena and to free it from the political connotations current during his times (and from Hungarian nationalism). The twofold goal was on the one hand to situate The Ruins of Athens in it's time of composition during a period of social and political upheavals and on the other hand once again to render audible and intelligible the symbolism of the work (Athens as the cradle of European civilization, etc.). In order to find a language that can hold it's own with the pathos of Beethoven's music, WeĂźler assembled fragments from poems by Friedrich Schiller, mounting them in a collage. It hardly needs to be stressed that Beethoven not only esteemed Schiller as a poet but also shared his idea that art exists to change the world as a "moral instance" (instead of merely supporting the high and mighty).