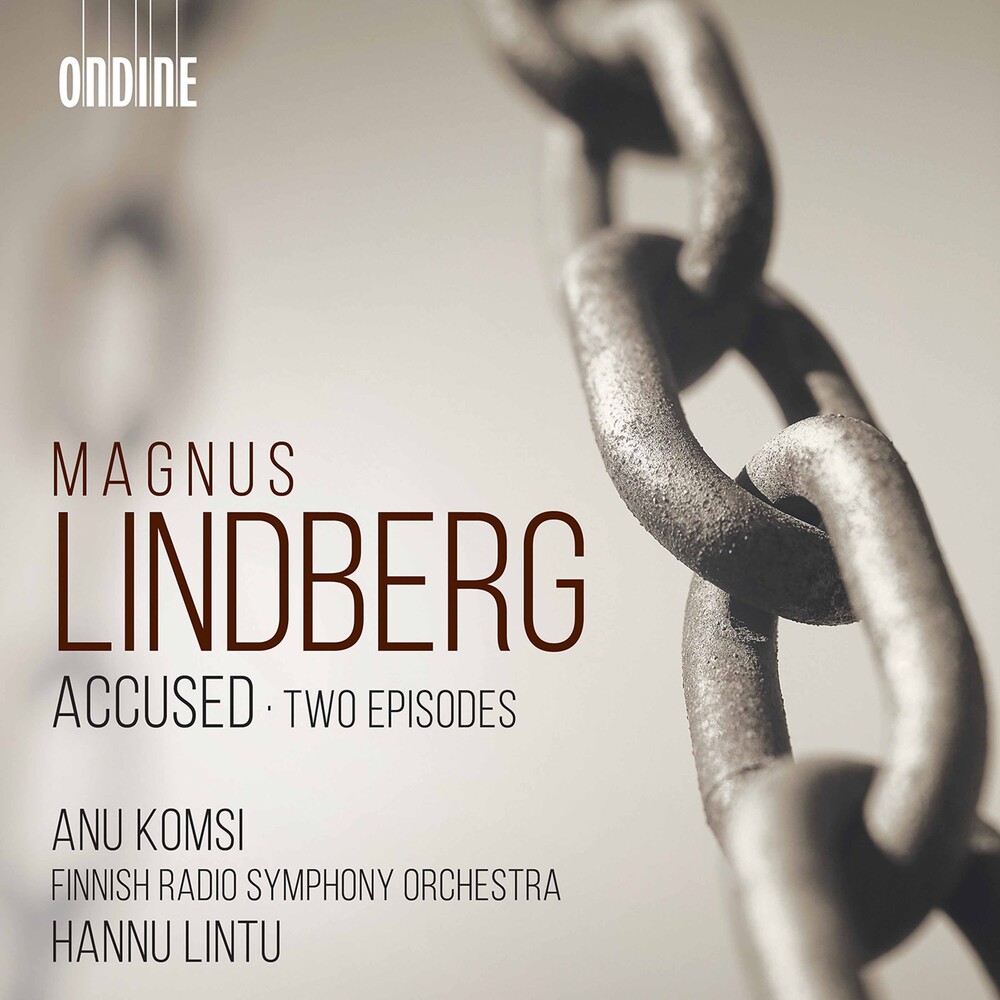 This new album by the Finnish Radio Symphony Orchestra and conductor Hannu Lintu includes two of Magnus Lindberg's (b. 1958) recent compositions featuring soprano Anu Komsi as soloist in Accused. Magnus Lindberg is among the leading figures in today's contemporary music and the Finnish Radio Symphony Orchestra enjoys a particularly close relationship with the composer. Vocal music, with the exception of the award-winning work Graffiti (2009) for choir and orchestra, is a rare medium among Lindberg's output. Accused (2014) is Lindberg's first work written for a solo voice and orchestra. The work was jointly commissioned by the London Philharmonic, Radio France, the Gothenburg Symphony Orchestra, the Toronto Symphony Orchestra, the Cleveland Orchestra and Carnegie Hall. The work was premiered in London in January 2015. Lindberg chose extracts from actual interrogations in three historically and politically different situations: from the French Revolution, an extract from East Germany' Stasi archives, and part of the Bradley (now Chelsea) Manning interrogation. Accused reflects universal human values that transcend transitory politics. Two Episodes (2016) is an orchestral work that was written for the London Proms in 2016 to accompany Beethoven's 9th Symphony. With this in mind the work is scored for a similar orchestra that is required to play Beethoven's 9th. Lindberg also concluded his work on the same A-E fifth that opens Beethoven's Ninth Symphony, meaning that the transition can be without a pause. Nevertheless, Two Episodes is an independent work and can naturally be performed without the Beethoven. Beethoven's musical thinking left an imprint on the work, though in the form of distanced references and spiritual kinship rather than stylistic influences. Although textural similarities to Beethoven can be identified in the music, they blend seamlessly into the colorful tapestry that principally seems to hark from the orchestral brilliance of Ravel and Debussy.