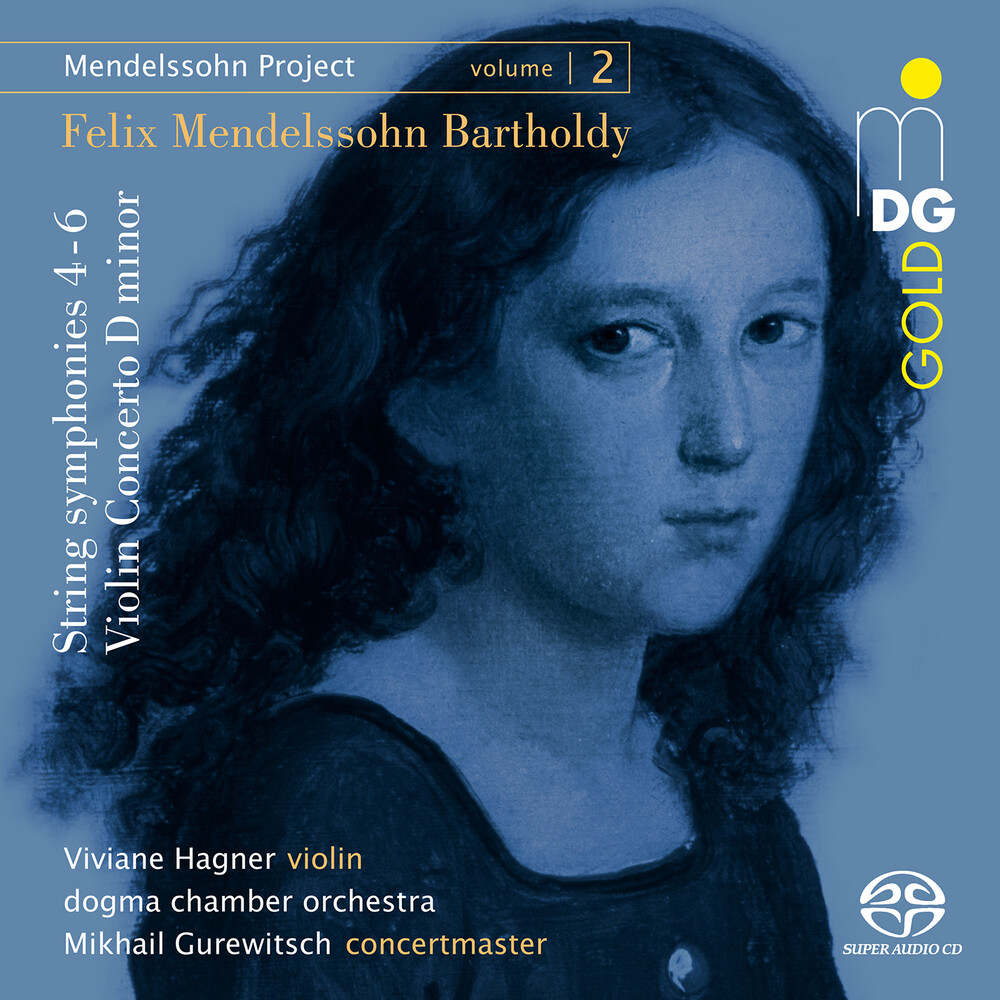 The second installment of the dogma chamber orchestra's ambitious Mendelssohn project: this time the program includes a special triad with Symphonies Nos. 4 to 6, plus the Violin Concerto in D minor with the wonderfully versatile Viviane Hagner as soloist. With this entertaining program, one can listen to a great genius growing, for the 6th symphony at the latest fires the young Felix from the baroque models right up to the height of his time. But even the beginning is ambitious: the 12-year-old prodigy opens his C minor symphony with a Grave introduction based on the old French model; deep contrapuntal seriousness pervades the first movement, which is followed by an almost ethereal Andante that evaporates at the end. The unclouded finale, which - as in all three symphonies - follows attacca, is all the more powerful. In the E-flat Major Symphony, the young Mendelssohn takes an enormous step forward. The baroque gesture recedes in favor of a genuinely classical tonal language; the two trios in the minuet middle movement provide solo tasks for basses and violas, and the rapid guttural finale in prestissimo leaves audience and players breathless. Mendelssohn learned to play the violin from the only slightly older Eduard Rietz. Rietz's influence is clearly audible in the D minor Violin Concerto, especially in the echoes of contemporary French virtuoso literature. Viviane Hagner celebrates the typical variety of strokes with relish and audible pleasure, which reaches it's exuberant climax in the lively Rondo.