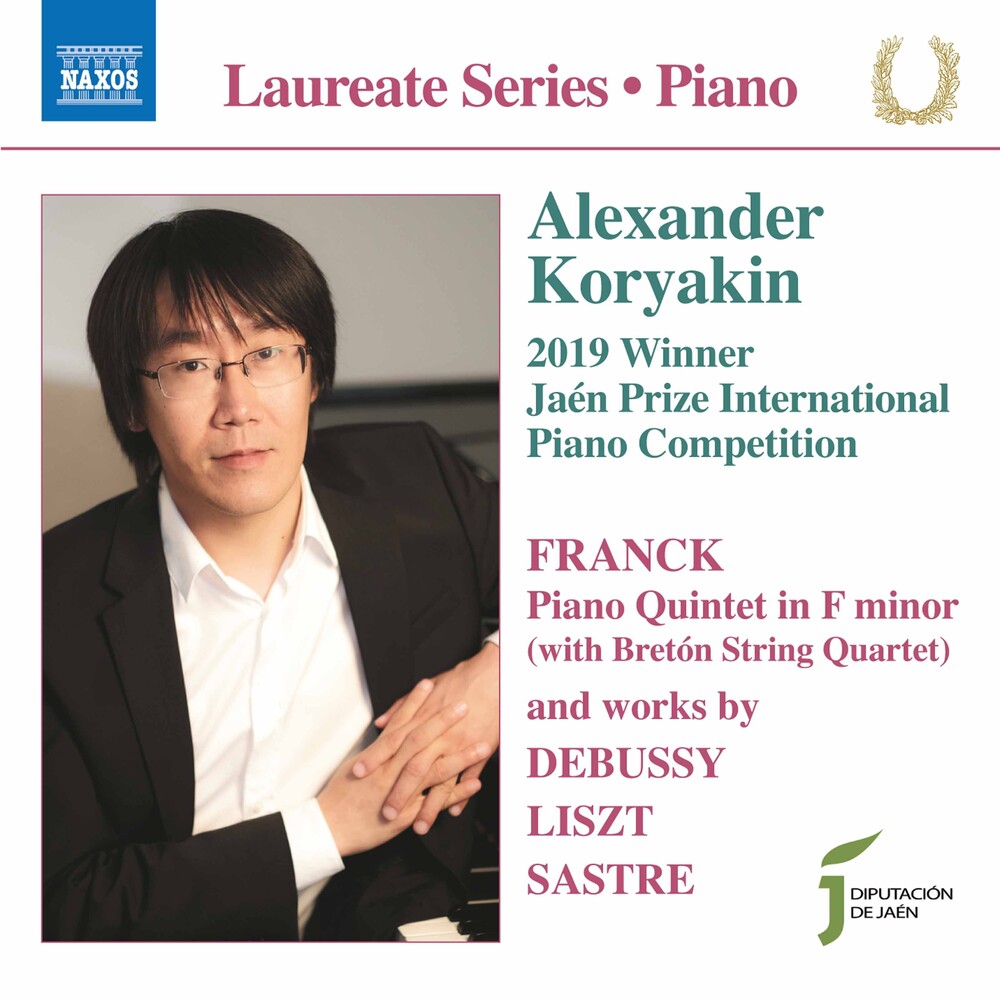 Alexander Koryakin, winner of the 2019 Jaén Prize International Piano Competition, has selected two perfectly paired masterpieces for his first Naxos recording. Liszt's Vallée d'Obermann is inspired by his travels in Switzerland, and is a true symphonic poem for piano. Franck's Piano Quintet in F minor, which Liszt himself found shockingly intense, is a cyclical work of passionate extremes, and a masterpiece of Franco-Belgian repertoire. Also included are Debussy's L'Isle joyeuse, which offers crystalline brightness, and Jorge Sastre's Jaenera 'Ecos y temple', with virtuoso expression drawing on a wide range of influences. Alexander Koryakin began playing piano at the age of nine, gave his first recital at the age of ten and at eleven won his first competition. Over the course of his career, Koryakin has given over 500 recitals throughout Russia and Europe, including appearances at the Piano Loop Festival in Croatia and Gegen den Strom Festival in Germany.