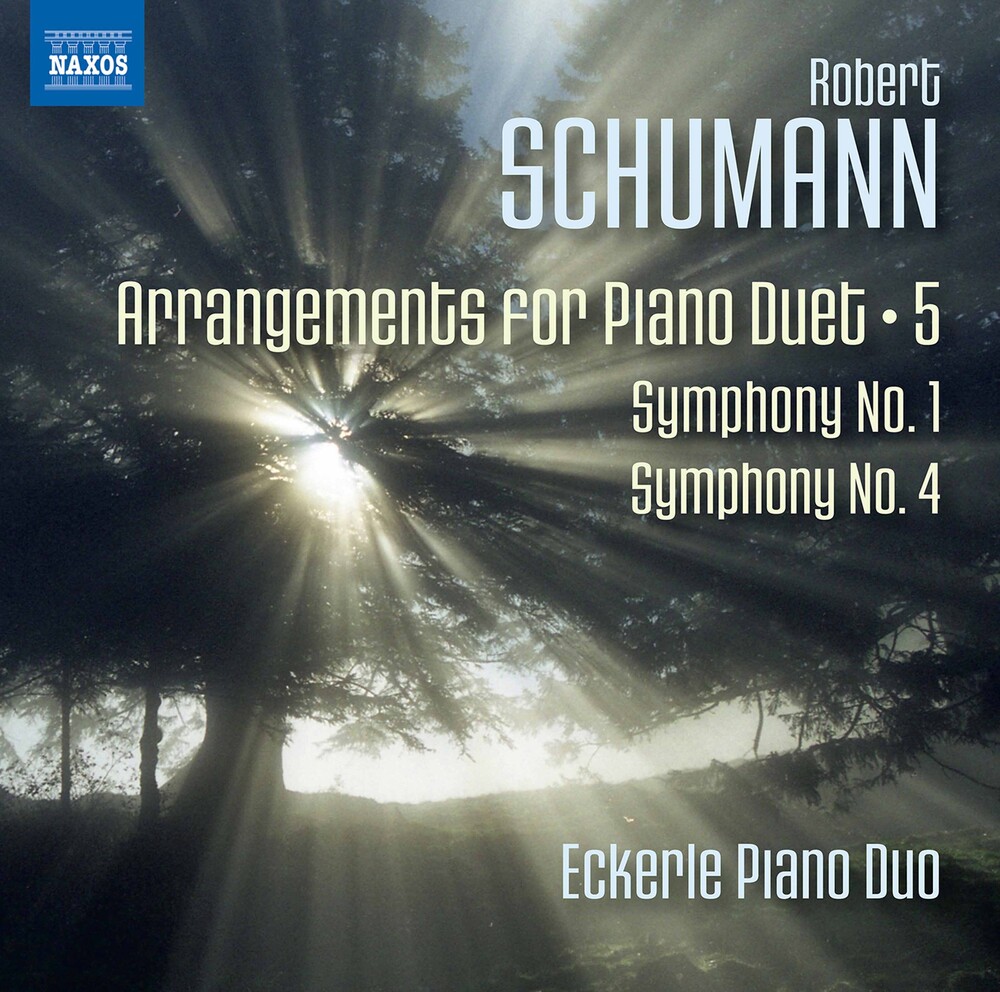 The insatiable demand for sheet music for domestic use in the 19th century meant that popular works were widely disseminated in piano duet form. Robert Schumann's own arrangements of the 'Spring' Symphony (in collaboration with his wife Clara Schumann) and the Fourth Symphony balance playability and fidelity to the original with tremendous skill. Clara considered the Fourth Symphony to be 'another work from the innermost depths of Robert's soul', a symphony that has become one of the most quintessential of the Romantic era. This is a highly collectible set of Schumann's works in arrangement for piano duet, appearing here in world premiere recordings for versions of symphonies arranged by the composer himself along with his wife Clara. Vol. 1 (8.572877) was considered 'extremely well done' by Fanfare. Vol. 2 can be found on 8.572878, Vol. 3 included the Third Symphony 'Rhenish' and is on 8.572879, while Vol. 4 (8.572880) which was considered a 'handsome account off our symphonic works' by the Audio Video Club of Atlanta, and of the Second Symphony: 'The whole work works extremely well in this arrangement; it is also interesting to compare the details which are brought out by the arrangement - Clara and Robert clearly knew exactly what they were doing. I am very much looking forward to the next volume'.(MusicWeb International)