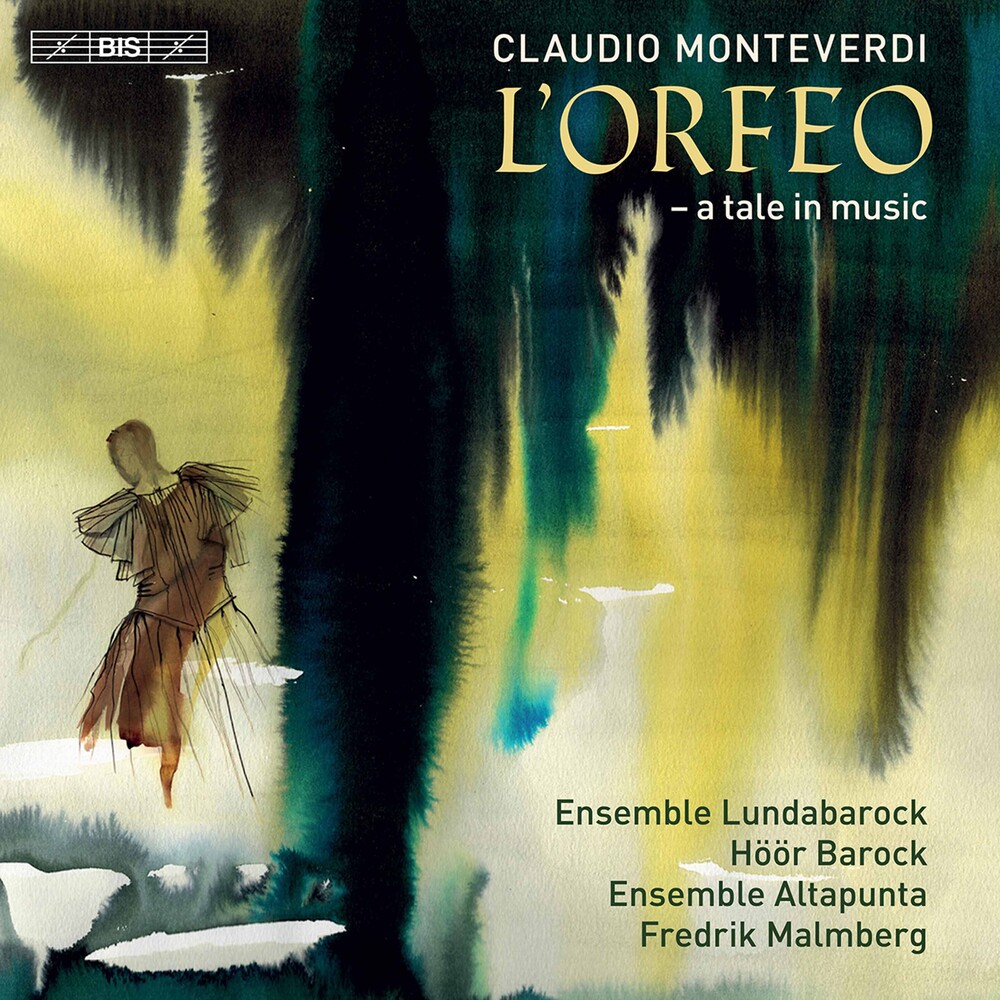 L'Orfeo by Claudio Monteverdi (1567-1643) is often described as the first opera. The composer himself used another term for his work, however: 'favola in musica', a musical tale. Taking this as their point of departure, the performers on the present recording place the emphasis on the libretto's direct narrative, and how the music alone is used to express emotions, a music which underpins the plot and the text word for word. To quote the liner notes: 'To modern ears the musical heritage of L'Orfeo is more to be found in the Lieder tradition than in the grand opera of the nineteenth century.' The tale told by Monteverdi and the members of the three ensembles which bring his score to life, is that of Orpheus, the poet and musician who travels to the Underworld in order to persuade Hades to let his beloved Eurydice return to the living. Under the direction of Fredrik Malmberg, and with Johan Linderoth as their Orfeo, the 38 singers and musicians that make up Ensemble Lundabarock, Höör Barock and Ensemble Altapunta perform a score which in 1607 was state-of-the-art contemporary. Four full centuries after the first performance in Mantua it remains almost shockingly modern, as in the sound of cornetts and trombones that summon up the spirits of the Underworld or the portrayal of undiluted, raw grief in Orfeo's celebrated aria Possente Spirto.