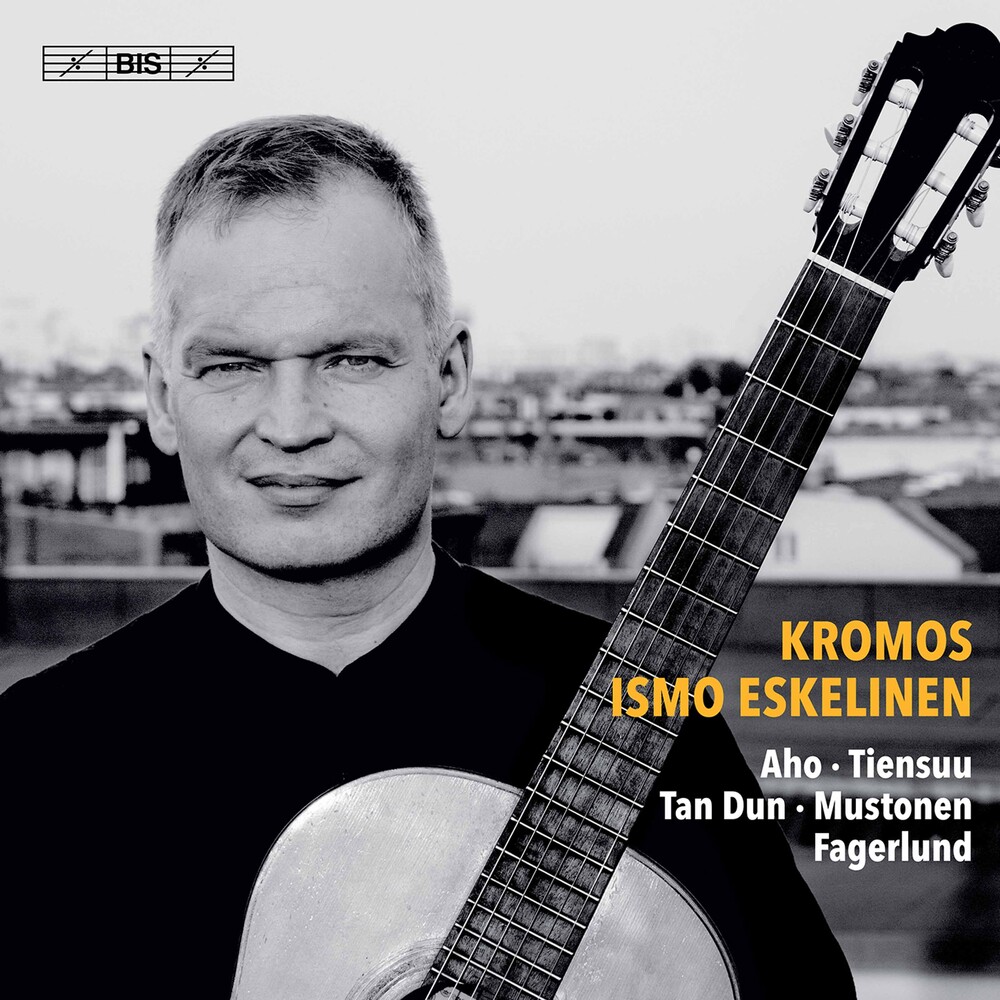 For his new recital disc, the acclaimed Finnish guitarist Ismo Eskelinen had the aim of creating a programme that works like a story: 'a modern guitar album that lends itself to continuous listening from beginning to end'. The pieces that he has selected are united by the fact that, with the exception of Tan Dun, Eskelinen has collaborated closely with all the composers. In the liner notes to the album he expresses his admiration for how intuitively they all understood the essence of the guitar, even though none of them is a guitarist. 'Everyone has found a unique way to bring his own musical style to the guitar, and each of the composers is clearly recognizable.' Opening the album are Kromos by Sebastian Fagerlund and Solo XI by Kalevi Aho, two pieces that in technical terms come close to the limits of what is possible on the guitar, but with a completely convincing musical logic. Olli Mustonen's Sonata No. 2 contains drama but also lyricism, qualities which are emphasized in Tan Dun's multi-movement collage Seven Desires with inspiration from the different traditions and characteristics of Spain's flamenco guitar and China's pipa (lute). Jukka Tiensuu is among the pioneers of modern Finnish guitar music and wrote his first work for the instrument as early as 1974. His Daydreams from 2016 is composed for guitar and electronics, but the sound world is strongly guitaristic, as the electronic part is modified from fragments played by Eskelinen on the guitar. Sometimes the use of electronics produces echo effects alongside the live guitar, and sometimes the sound image expands into that of a guitar trio. The very brief closing number is an arrangement, by Eskelinen himself, of Timo Alakotila's calm and soothing Psalm.