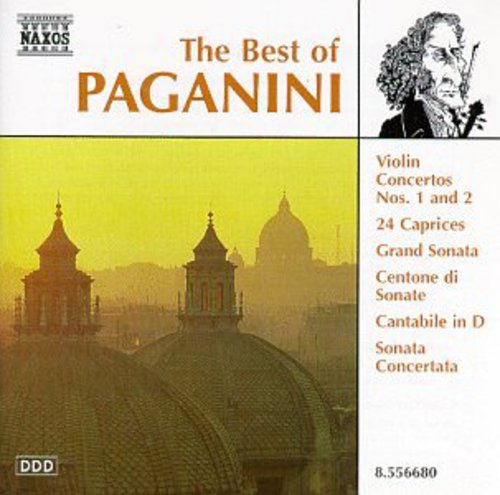 We could also have called this disc 'The Ilya Kaler Showcase', as he is the dazzling soloist in the Violin Concertos and the 24 Caprices. The American Record Guide described them as "in a class by themselves", and the Gramophone described him as "a first-rate fiddler". Paganini was such an incredible virtuoso that in his lifetime rumors were rife that he was possessed of the devil, a fact greatly inflamed by his appearance. He was also a highly suspicious man, the scores of his works for violin and orchestra being devoid of the violin part so that no one could become his rival in his own music. We know the date of composition of the second concerto as 1826, but the first is more doubtful, and probably as early as 1817. They are both demonstrations of violin technique, his frequent use of playing plucked notes (pizzicati) with the left hand creating a cascade of notes. He also composed a considerable amount of music for other instruments including works for violin and guitar, and the Gramophone magazine writing about the Cantone di Sonata included on this disc says "it is unlikely that the Centone will ever be better played".