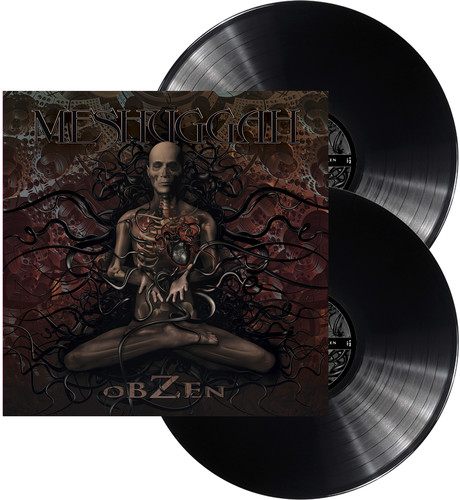 Double vinyl LP pressing. obZen is the sixth album by Swedish heavy metal band Meshuggah. It was originally released in March, 2008. Tomas Haake made his return as the studio drummer for the record after the Drumkit from Hell drum software was used on Catch Thirtythree. The release of the album was followed by their first world tour. In an interview with Revolver, Haake stated that obZen would be a collective return to the band's past works, signaling a shift in direction away from their previous effort, Catch Thirtythree. "We've got some fast, intense songs and hectic, heavy stuff that draws from all the things we've done in the past." He elaborated on the concept of the album in another interview, saying: "If you haven't figured it out yet, obZen means that mankind has found it's 'zen' in the obscure and obscene."