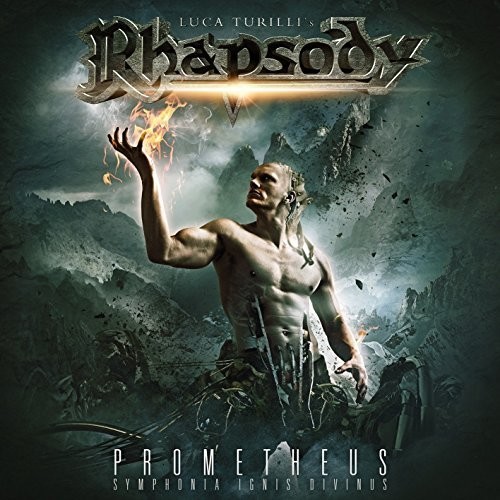 Italian guitar player and composer Luca Turilli is not just a musician with extraordinary skills, but a musical visionary and genius too. With the symphonic metal band Rhapsody he wrote musical history, released ten studio albums, including the genre-defining milestones 'Legendary Tales', 'Symphony of Enchanted Lands' and 'Dawn of Victory'. The media dubbed this majestic and unique sound 'Hollywood Metal', while some years later it became known as 'Film Score Metal.' Both genres were clearly describing a new style of music based on the connection between the most epic and glorious power/speed metal of the late '80s with Luca's infinite passion for the cinema and the world of soundtracks. This genre - enriched by folk music influences, guitar playing of neo-classical inspiration and lyrics related to the fantasy 'sagas' created by Luca Turilli himself - influenced a whole generation of new bands in the years to follow. In time, Rhapsody became one of the most important acts of the last decade in the world of heavy/rock music. Prometheus Symphonia Ignis Divinus was composed and produced once again by Luca Turilli, responsible as always for all the orchestral and choral arrangements. It was recorded and mixed at the Backyard Studios of Sebastian Roeder (BonfirE a.o.) and mastered by Christoph Stickel (Michael Schenker's Temple Of Rock a.o.) at MSM studios.