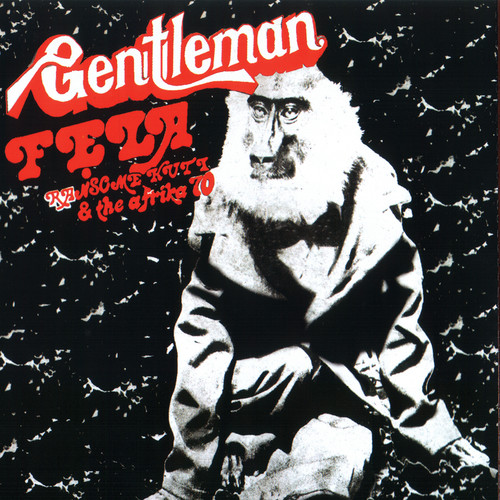 180gm vinyl LP pressing. 1973's Gentleman is the last of Fela's early 1970s transitional albums - it was followed by 1974's Alagbon Close, on which he brought all Afrobeat's signature ingredients together. The title track from can be interpreted literally or as metaphor concerning a wider issue. In this case, Fela's topic is the colonialism-induced inferiority complex which led many in Africa's new governing elites to reject African style, concepts of beauty and modes of behaviour in favour of European imports. Gentleman's other tracks, "Fefe Naa Efe" and "Igbe," have briefer lyrics. On "Fefe Naa Efe," an Ashanti motto from Ghana, Fela tells a woman dumped by her boyfriend that she must get over the heartache and move on. On "Igbe" (shit), Fela declares that anyone who betrays a friend is shit, and that anybody who lacks self-respect is shit - something you want to expel from your body as soon as possible. He sings the word "shit" in a several Nigerian languages, so there is no misunderstanding.