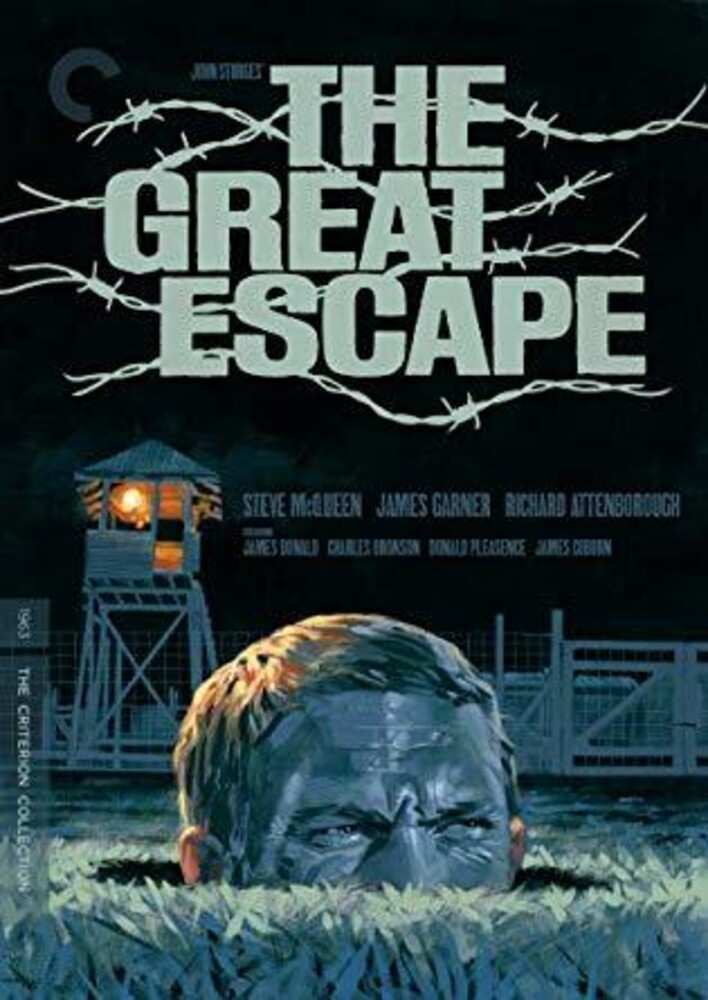 One of the most exciting adventure tales ever told, this action epic recounts the planning, execution, and aftermath of a daring true-life escape from a German prisoner-of-war camp during World War II, in which 250 men attempted to tunnel their way to freedom. In the role that cemented his superstar status, Steve McQueen plays the motorcycle-racing daredevil who sets out to foil the Nazis, alongside an all-star cast that also includes Charles Bronson, James Coburn, James Garner, and Donald Pleasence. The expert direction of John Sturges, eminently hummable Elmer Bernstein score, and rip-roaring stunts come together in what may just be the most spectacularly entertaining prison-break movie of all time, a rousing ode to the determination, camaraderie, and courage of everyday heroes.