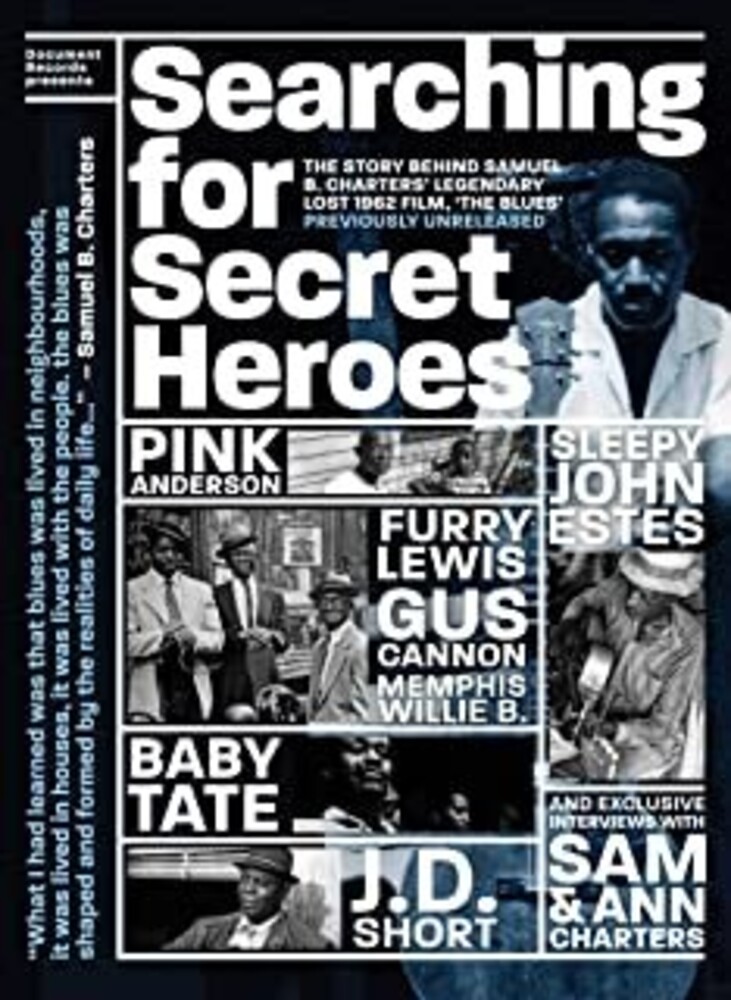 Told in SAM AND ANN CHARTERS' own words, 'Searching for Secret Heroes' is the true story of a young couple who left their home in New York with their pioneering idea to try and capture the essence of the blues; what it represented to those that sang and played it and to their wider society in the Southern States of the USA. Discussed are the reasons and ideas that led towards the making of the film, 'The Blues', the excitement of preparing for the adventure, the experiences of being in the homes of the musicians and communities from where some of this music came from and then the shattering truth that they witnessed, something that was a matter of everyday life for a black person living in the segregated south, in the early 1960s.Filmed in color, 'The Blues' was the first documentary film to be made on location at the homes of, veteran, figures from the Halcion days of "pre-war" blues recordings; FURRY LEWIS, JD SHORT, GUS CANNON, MEMPHIS WILLIE B and PINK ANDERSON with his young son, in addition SLEEPY JOHN ESTES is filmed only days after his re-discovery. Following a tip off from Pink Anderson, BABY TATE is recorded for the first time. None of these musicians had been filmed before and for some, this was to be their only filmed legacy.'The Blues' is a pioneering milestone of film documentation, which explores the context in which this music was made and performed and is presented here, in it's entirety, for the first time.