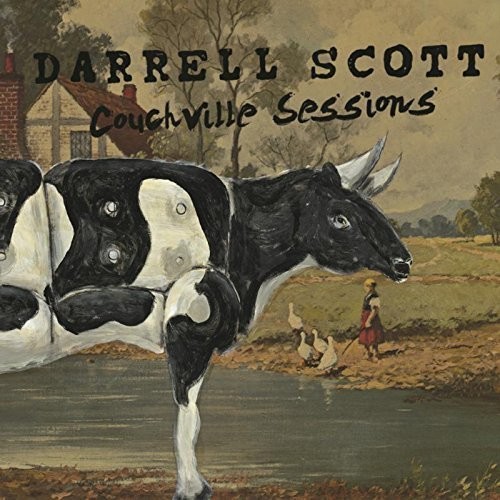 "I look like an insider because of everything I've done but I always felt like an outsider," Darrell Scott says. "And that's important - to be an outsider." He's also a master. Witness his ability to make just about any instrument talk, listen to his vocals and songwriting to hear him contain every emotion between joy and pain within one verse in his singing and in his pen. Nowadays he's taking the outsider role even more seriously; after 23 years in Nashville he spent the last year devoting himself to a self-sufficient lifestyle in the country while simultaneously putting together his best album in years. Couchville Sessions is that album, and it continues Scott's long tradition of tackling the profound issues - loneliness, the demise of relationships, mortality - without ever becoming maudlin. The record may explore darkness but there is always light. Scott can sing to us about addiction, breaking up, even dying without it ever becoming depressing. That's due to his writing, his vocal delivery - often erotically charged here - and the careful choice of five covers that he calls tributes to some of the masters. Scott's tenth studio album shows no sign of him losing steam. In fact, he seems to be on fire. Born in Eastern Kentucky to restless Appalachians who moved him out West, raised by a country-music-worshipping single father, he studied poetry with Philip Levine, a celebrator of the working class who would later become the nation's Poet Laureate. Scott has lived the songs he sings: he's worked hard, told defiant truths, and never turned down the chance to pursue love. Along the way he has created an oeuvre of albums beloved by his devoted fans and written songs that became hits for everyone from Dixie Chicks to Travis Tritt as well as being covered by more than 70 others while never shying away from critiquing the industry. The multi-talented Grammy nominee has also been a member of Robert Plant's Band of Joy, won the AMA Song of the Year, named ASCAP's Songwriter of the Year and a host of other accolades.