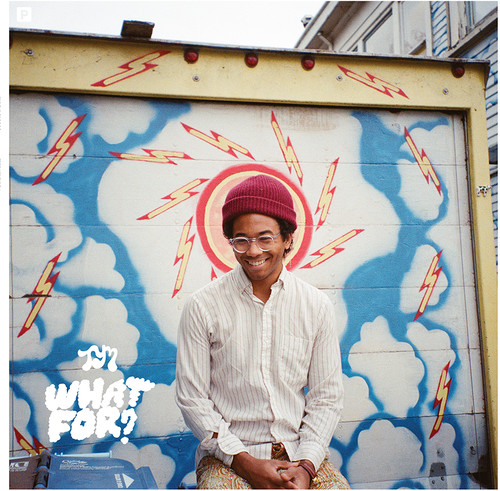 Opening to the scream of F1 s speeding around a racetrack, and maintaining that intensity with booming guitar riffs and psychedelic effects throughout, the forthcoming album from Toro Y Moi is definitely making a statement. Or maybe a few statements. But Chaz Bundick, the frontman and songwriter, is leaving it up to you to figure out what they are. While it is obvious that each song is crafted around a personally meaningful experience, Chaz seems to purposefully leave the lyrics just vague enough to let each listener mold it into something unique. Chaz presents you with a few themes: love, beauty, nature; and gently lets go of your hand so you can wander off on your own.

A feeling of searching for something threads its way through every song on the album, which is aptly named What For? It feels contradictory in a very human way, like Chaz is swinging between waiting for something and not being able to wait anymore. But the swinging isn t panicked or frustrated, it s just a situation that he s reflecting on. The songs are heavy with nostalgia, too, for simpler times, better music, more fulfilling relationships. Chaz references Weezer to warn you that there is no one to destroy your sweater and, in another song, recalls Big Star to declare that rock and roll is here to stay. It feels like he misses everything (even things he wasn t around for yet), but is somehow excited for what comes next.

What For? is a glimpse into the life of a guy trying to figure out what it all means. The music is influenced by bands like Big Star, Talking Heads, Tim Maia, Todd Rundgren, but it doesn t quite sound like any of them in particular. And it isn t trying to. It has that special something that Chaz imbues in every Toro Y Moi album, his personal filter on the world he experiences. So whatever message you take from the album, don t forget that it s good. As Chaz himself so candidly believes, Good is good. Good finds its own audience.