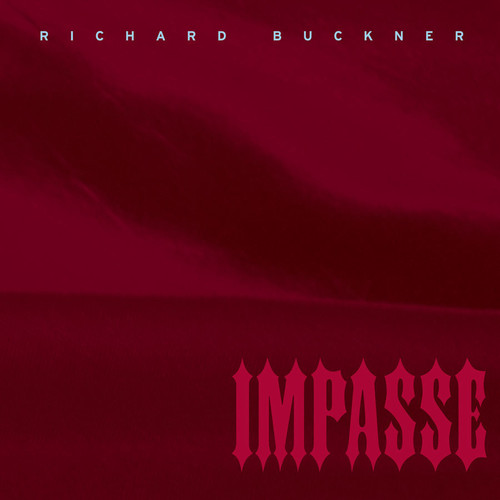 Impasse - Richard Buckner - Deluxe/Limited/Special Edition: The words are entrancingly cryptic, as if their simplicity conceals unfathomable depths. The music is sparse, almost whispered at times, like a secret. The title gives everything away, though. During the gestation of his 2002 album Impasse, which will receive a new vinyl pressing from Merge Records on March 31, 2017, Richard Buckner was stuck. But, with perseverance, what began as one of his most troubled recording attempts ended as one of his best and most pivotal-a capstone for his wayfaring early period before he planted roots with Merge. In 1999, Buckner spent a week in a recording studio with a producer and a few other musicians to work on the songs that were supposed to become Impasse, but the session failed. Instead, he went home and recorded The Hill "as a kind of creative catalyst so I could start thinking again, " he says. On it, Buckner sang poems from Edgar Lee Masters' Spoon River Anthology over warm, splintery country-folk, outwardly simple and interiorly ornate. Around the time that The Hill was released in 2000, Buckner was finishing his second pass at Impasse. He was living in a loop, traveling back and forth on temporary work visas between the states and Canada, where he was living at the time. He bought a 24-track digital recorder, an eighties Roland synthesizer, and an Echoplex tape-delay unit then spent the next year tracking in his Alberta basement with a live-in drummer. A sense that he needed to purge the songs and finish the album turned out to be prescient. "I felt like I was at an impasse, like every direction was either a corner or a dead end, " Buckner says. "I was in between countries and, without really knowing it at the time, getting ready to leave everything." The album was conceived as a faceted whole. It's lyrics are like scattered snapshots and torn-up letters. The song titles form a poem that structures a story of heartache and dreamt redemption cloistered at the music's core. Impressions, pledges, and slivered vantages swirl in Buckner's voice and, while his frustrations at the time of Impasse were only part of the twist, it's transmission is so open-ended that the aura of quiet desperation and hard-won grace is yours to use as you please. "You don't really know what you're writing at the time, " Buckner says. "Writing seems to be kind of prophetic and it makes much more sense looking back on it. But I think mystery is good. If you ever think you know what you're doing, then you're probably in bad shape."