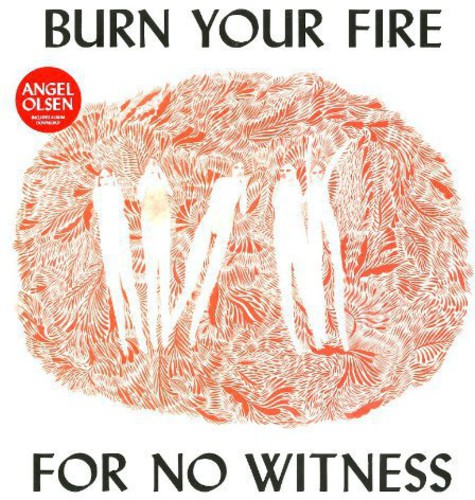 On her 2014 LP, Burn Your Fire for No Witness, Angel Olsen sings with full-throated exultation, admonition, and bold, expressive melody. With the help of producer John Congleton, her music now crackles with a churning, rumbling low end and a brighter energy.

Angel Olsen began singing as a young girl in St. Louis. Her self-released debut EP, Strange Cacti, belied both that early period of discovery and her Midwestern roots. Olsen then went further on Half Way Home, her first full-length album (released on Bathetic Records), which mined essential themes while showcasing a more developed voice. Olsen dared to be more personal.

After extensive touring, Olsen eventually settled for a time in Chicago s Logan Square neighborhood, where she created "a collection of songs grown in a year of heartbreak, travel, and transformation," that would become Burn Your Fire For No Witness. Many of them remain essentially unchanged from their bare beginnings. In leaving them so intact, a more self-assured Olsen allows us to be in the room with her at the very genesis of these songs. Our reward for entering this room is many a head-turning moment and the powerful, unsettling recognition of ourselves in the weave of her songs.