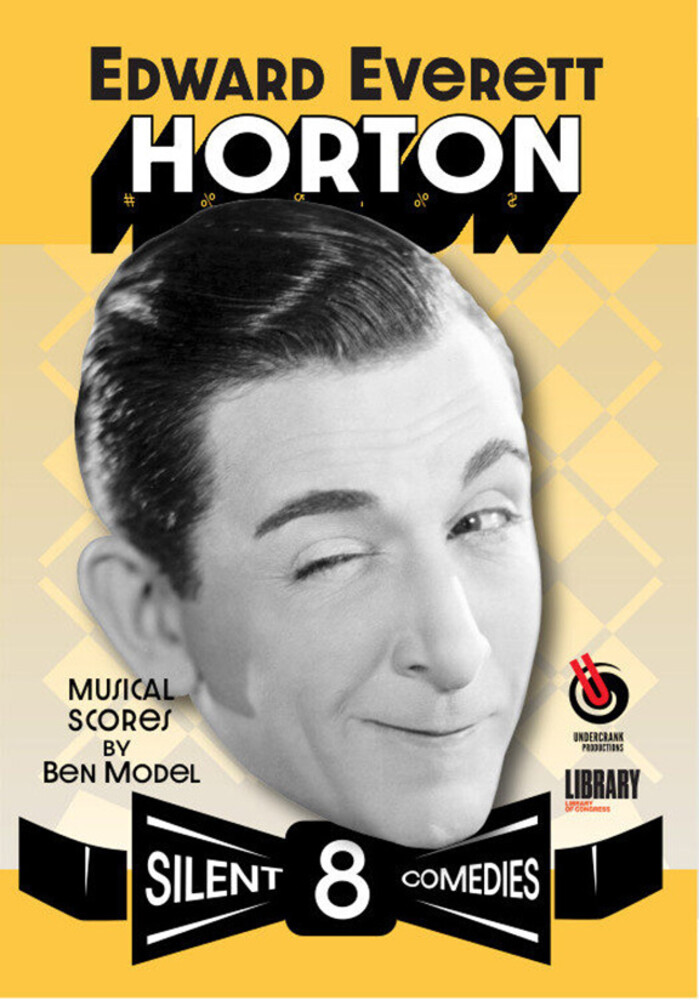 "Remembered today for his fussy persona in Hollywood sound films such as "Top Hat" (1935) and "Arsenic and Old Lace" (1942), Edward Everett Horton is not anyone's idea of a silent slapstick comedian - but he was! Mr. Horton had a substantial career in 1920s silent comedies which culminated in a series of eight starring two-reelers. Produced by Harold Lloyd under the banner of Hollywood Productions, the series was tailored to Horton's already well-honed screen character, and was made by Lloyd's regular staff of writers, directors, and behind the scenes crew. Until now, these forgotten gems have been unavailable to the general public since their release in 1927-28. Undercrank Productions, together with the Library of Congress, is proud to present these new digital restorations made from 35mm preservation elements, and to unveil an unknown chapter in the career of a great comedian and movie icon. This 2-disc DVD set includes all eight of the Edward Everett Horton comedy shorts with new musical scores by Ben Model, as well as a mini-documentary about the films. DVDs are NTSC and are region-free.