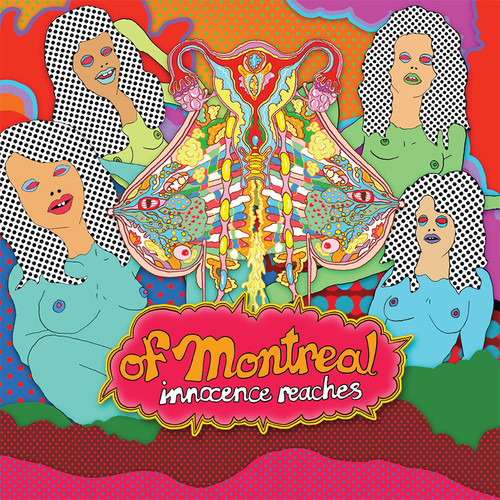 of Montreal is one of the preeminent indie bands of the past 20 years -- critical darlings who have received praise from the likes of Rolling Stone, The New York Times, Pitchfork, Village Voice, LA Times, Entertainment Weekly and SPIN. They are known the world over for their over-the-top live show spectacle which has included frontman Kevin Barnes riding a live horse out onto the stage at Roseland Ballroom in New York City, elaborate stage sets, and often features more theatrical performers than musicians. The band has performed at everything from Coachella to Bonn- aroo, Lollapalooza to Sasquatch and even Hollywood Bowl opening for Miss Grace Jones.