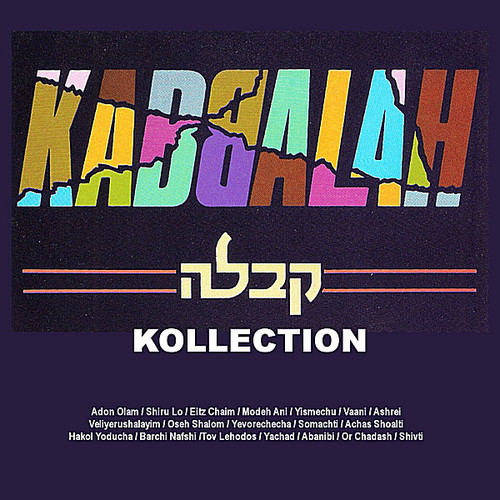 Finally, all the best songs of the seminal '80s Jewish Rock band Kabbalah are available in this definitive collection. Formed by a group of Yeshiva students who wanted to play Jewish Music but who loved Rock and Roll, Kabbalah asked itself one question: Is it possible to do both? The answer, as this album testifies, is a resounding yes! Kabbalah: Kollection is the best of both worlds: authentic, non-compromising Rock music fused with Traditional Jewish texts. At a time when most Jewish music was produced by a small group of arrangers and session players in Brooklyn, Kabbalah dared to write, arrange, and record their own songs. Kabbalah: Kollection contains the majority of material from the band's two albums, 1986's Kabbalah and 1987's Kabbalah: Classic, plus two previously unreleased tracks from Kabbalah III, which eventually became Moshe Skier: Rock of Sages. The band's musical influences can easily be heard in every song, no two of which sound the same. Cues can be heard from Dire Straits, U2, Led Zeppelin, The Kinks, The Police, Squeeze, Ozzy Osbourne, Foreigner, The Pretenders, Styx, Lynyrd Skynyrd, and The Rolling Stones, and that was just on Side 1 of the first album! And yet it all melds perfectly with the classic Jewish liturgical lyrics that you will find yourself humming despite yourself, whether you know Hebrew or not. Kabbalah: Kollection is an anthology whose time has come, from a band that was admittedly way ahead of it's time. Don't miss it!