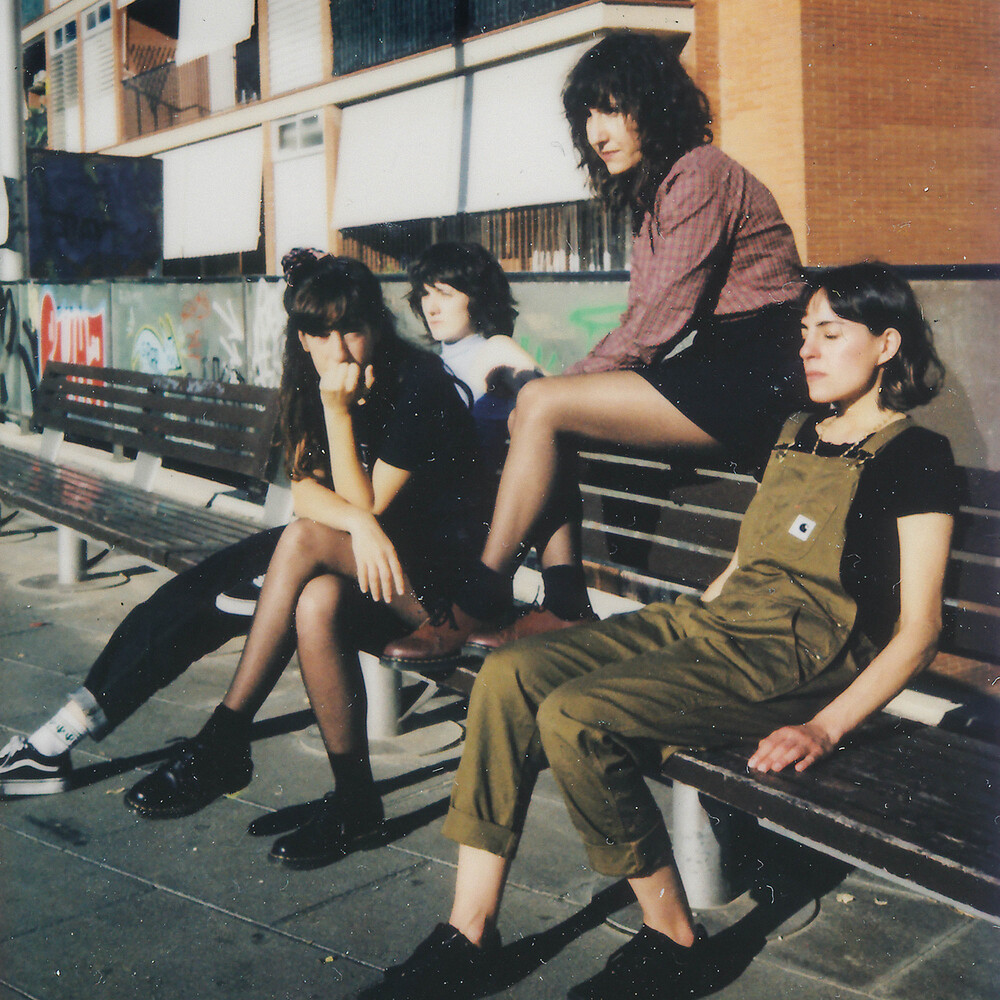 Indie pop quartet Melenas hail from Pamplona, Spain, a picturesque region nestled just south of the Pyrenees. Such beauty can't help but inform the band's songwriting, but Melenas aren't content to just sit placidly & take in the scenery. Since they burst onto the scene in 2016, the band has hit the ground running, playing incessantly both locally & on the stages at national festivals like Primavera Sound & Eurosonic as well as releasing a debut full length (2018's "s/t" album) and a 7-inch single both triple-released on local labels Elsa, Nebula & Snap! Clap! Club. Trouble In Mind is honored to be releasing their new album Dias Raros and is the first label outside of Spain to release Melenas music to the world. Dias Raros hums right from the get-go, peppering their garage-pop punch with elements of lysergic dream pop, melancholic indie rock and strident guitar jangle. The album title translates to "Strange Days" an acknowledgement - according to the band - of "... those days where you spend more time inside than outside. Inside your own self, inside your bedroom and your own universe thinking about your wishes, dreams, memories, obsessions or fears.". The lyrics - sung entirely in their native Spanish - reference "those interior dialogues where sometimes you fight to escape from a situation, you wonder what another person will be thinking about or feeling, you gotta say goodbye, or you just enjoy the time by yourself. Days that, for different reasons, you're feeling different, they are strange". Opener "Primer tiempo" buzzes with an urgent organ drone, unfolding into a yearning ballad of modern guitar-pop bolstered by the group's lush harmonies & sets the tone for the rest of Dias Raros. Songs like "No puedo pensar" "3 Segundos" and "Despertar" follow suit, with the rhythm section galloping headlong into an insistent guitar strum, while ballads like the tender "El Tiempo ha Padsado" rely on the band's melodious voices bolstered by a lilting guitar riff and gentle organ swells. Elsewhere mid tempo rockers like the stomping "Los alemanes", the simmering "Ciencia FicciÃ³n" and "Ya no es Verano"s insistent jangle recall underground greats like The Pastels, R.E.M. and Shop Assistants. "Vals" ("Waltz") closes the album in 3/4 time, named for the ballroom dance as well as the last name of a close friend - a dedication to her. It's dreamy sway alluding to classic Brill Building songwriting; dusted with melancholy, but lifted by cascading voices, and organ and guitar waves and guitars that twinkle and shimmer over a cracking backbeat. Dias Raros is the perfect introduction to a band bursting with promise, confidently inhabiting their own space built upon the foundation of their influences both geographically and culturally, as well as musically.