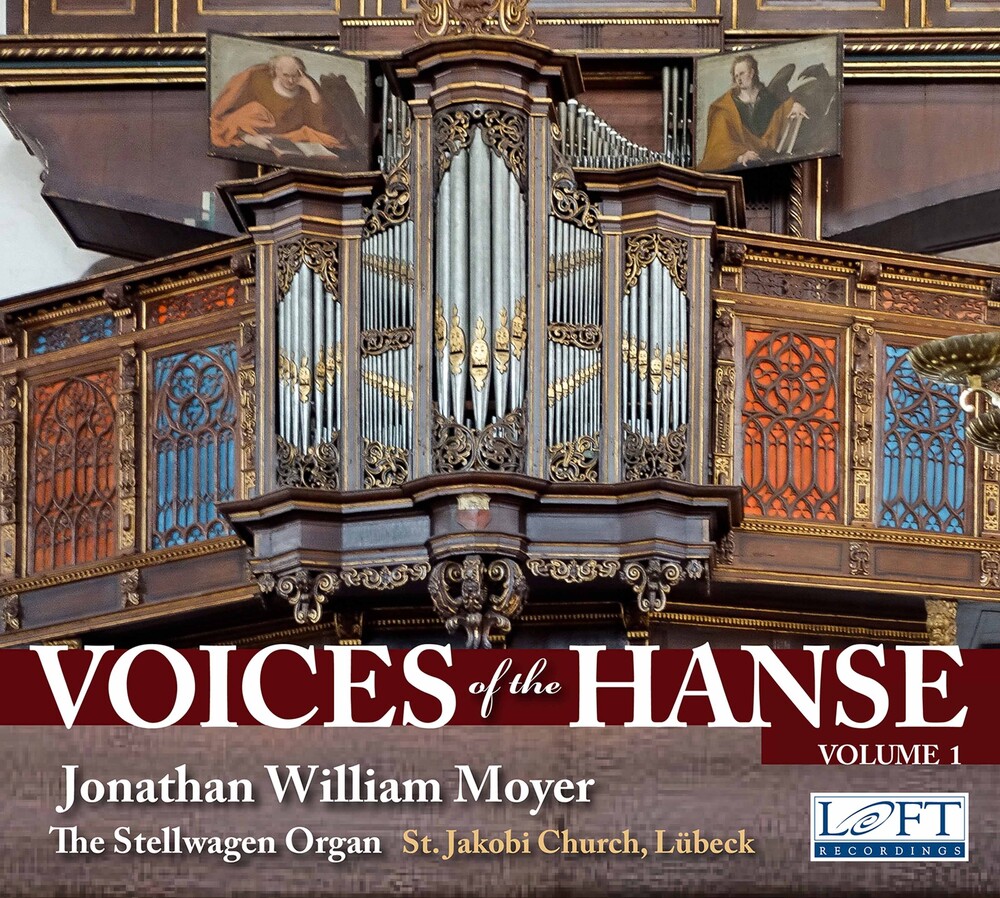 Voices of the Hanse 1
Artist: Voices Of The Hanse 1 / Various
Format: CD
New: Not in stock
Wish

A prominent element in the shared culture of cities of the Hanseatic League were the pipe organs. Jonathan Moyer begins a series on these remarkable instruments in Lübeck, on an organ with pipework from the mid-1400s. Expanded by Stellwagen in 1637, the "north" organ in St. Jakobi was an important model in the revival of historical styles of organ building in the 20th century. Jonathan William Moyer maintains a dynamic career as church musician, concert organist, and pedagogue. He is the David S. Boe chair and assistant professor of organ at Oberlin Conservatory of Music and is organist of the Church of the Covenant in Cleveland, OH, where he oversees 2 pipe organs (Richards, Fowkes and Skinner/Aeolian) and a 47-bell Dutch carillon. Moyer has also been a visiting lecturer in organ at the Hochschule für Musik in Lübeck and specializes in a vast repertoire from the renaissance to the 21st century. He received degrees in organ and piano from the Peabody Conservatory of Music, the Oberlin Conservatory of Music, and Bob Jones University.