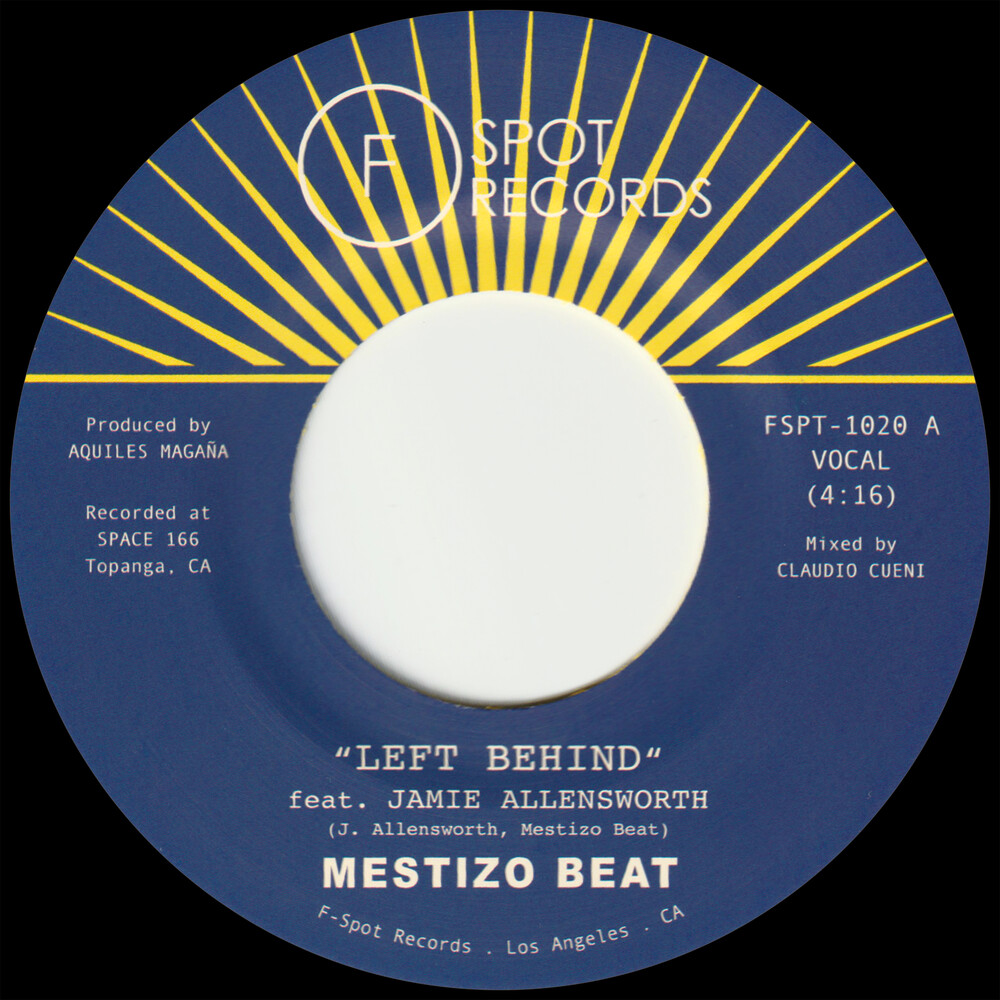 Left Behind / I Want You
Artist: Mestizo Beat
Format: Vinyl
New: Not in stock
Wish

A band who's been gradually making a dent in the West Coast music scene, Mestizo Beat is pushing forth with a brand new 45 that further expands on their core sound to fuse the old with the new while paying homage to the greats who came before. "Left Behind b/w I Want You" is no exception. Taking inspirational elements from Roy Ayers, Isaac Hayes, George Benson, Eric B and Rakeem, Mestizo Beat teamed up with longtime friends Jamie Allensworth and Terin Ector to bring a fresh set of vocals and lyrical element to the bands mostly previous instrumental catalog. On Side-A we find "Left Behind", an original collaboration between Mestizo Beat and Jamie Allensworth (Jungle Fire, Orgone, Night Owls) who's soulful vocals and wide range takes us strait to those late night after hour jams complete with a Benson inspired guitar solo by Aquiles MagaĂ±a and vibraphone additions by Tim Felten (Sure Fire Soul Ensemble). Then, Side-B, hits it hard with a cover of Marvin Gaye's "I Want You" featuring Terin Ector (Organ, Moswen, Soluzion) on lead and Jamie Allensworth this time providing backup support.