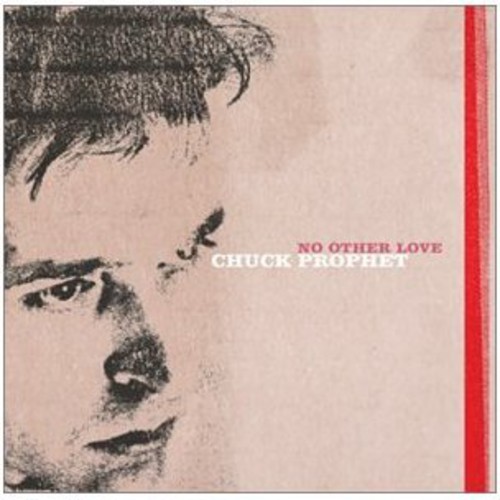 Chuck Prophet has been described as "the missing link between Paul Westerberg and Bob Dylan - Q (UK)" His album, No Other Love is a startling blend of dusty country, twangy R&B and lilting folk served up fresh with inventive production, the use of an Omnichord, punchbowl, hip-hop samples and string sections.

Guitarist Chuck Prophet has been kicking around the Americana scene since the early 1980s-in fact, as a founding member of the noir-roots group Green on Red, he weighed in as a heavy player on the Los Angeles club circuit. When the band hung up their hats in the early '90s, Prophet soldiered on as a solo artist, eventually carving a niche for himself as a first rate singer-songwriter along the lines of an indie label Tom Petty or (dare I say?) Bob Dylan.

No Other Love is Prophet's sixth solo release, and his most inspired. Standard songwriting elements are tossed out the window from the get-go as vocal samples, a "zooming" guitar riff, and funky Farfisa chords wreak havoc on the easy groove of "What Can You Tell Me," the album's opening number. Things tighten up for "After the Rain," a sexy ballad featuring Prophet's right hand gal Stephanie Finch on background vocals, then unwind again for the dark, only-in-L.A. lyrics of "I Bow Down and Pray to Every Woman I See."

Occasionally Prophet wears his influences on his sleeve-"Run Primo Run" rings like a Dylan outtake circa Highway 61 Revisited, while "Elouise" opens with a percussive beat blatantly lifted from the Stones' "Sympathy for the Devil." Both tracks, however, quickly take off on their own, Prophet building on the stolen thoughts like a rock and roll Robin Hood. Don't miss the stream-of-conscious "What Makes the Monkey Dance," which coils and swirls like a desert snake. Guitars, organ chords, and vibes contribute to the sinister sound, Prophet riffing and rapping as only a sun-baked gangsta wannabe could.