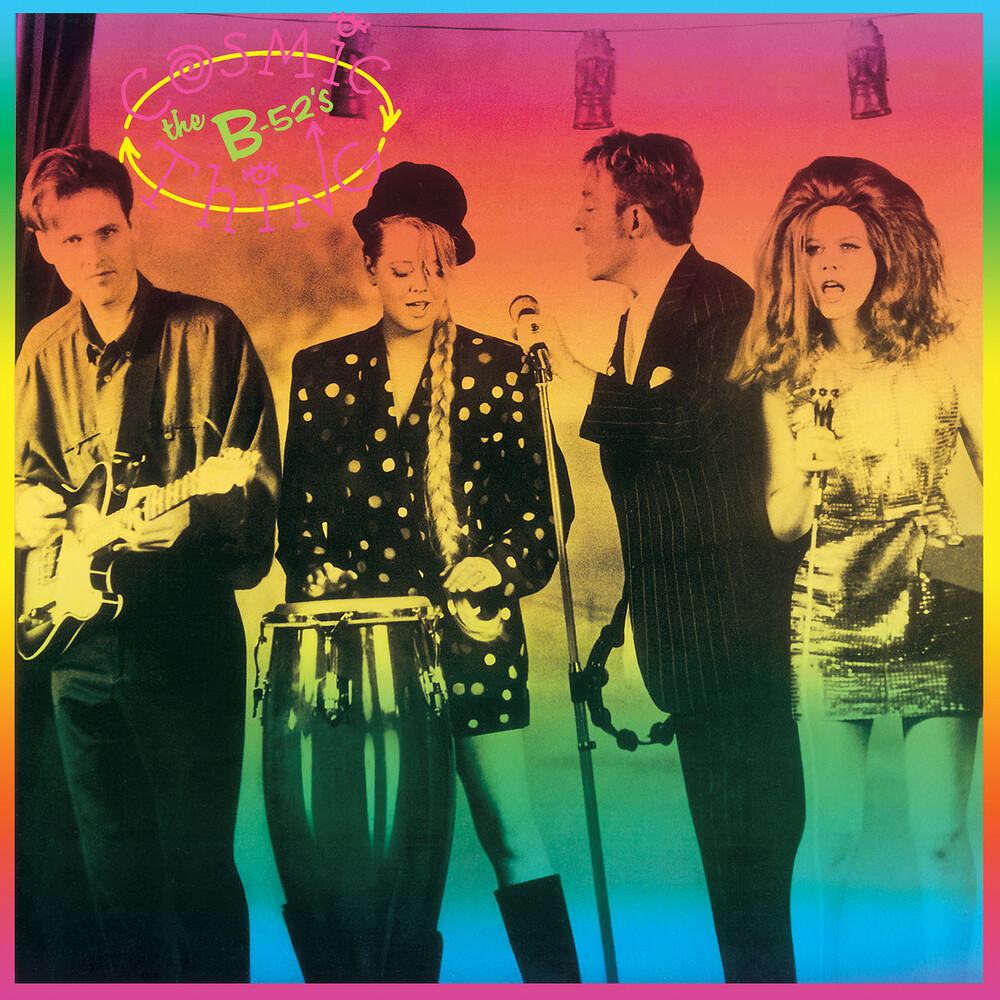 Limited vinyl LP pressing. Cosmic Thing is the fifth studio album by new wave band The B-52's, released in 1989. It contains the singles "Love Shack" and "Roam". The success of the album served as a comeback after the death of guitarist Ricky Wilson in 1985. Six of the album's songs were produced by Nile Rodgers in New York City, and the remaining four by Don Was in upstate New York. The band embarked on the Cosmic Tour to promote the album.