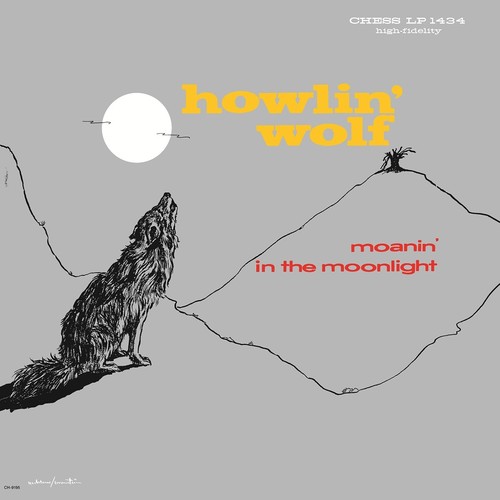 Vinyl LP pressing. Moanin' in the Moonlight was the debut album by American blues singer Howlin' Wolf. The album was a compilation of previously issued singles by Chess Records. It was originally released by Chess Records as a mono-format LP record in 1959. The album has been reissued several times, including a vinyl reissue in 1969, with the playing order changed, titled Evil. The two earliest songs on Moanin' in the Moonlight were "Moanin' at Midnight" and "How Many More Years". These two songs and 'All Night Boogie', were recorded in Memphis, the first two at Sam Phillips' Memphis Recording Service in Memphis, Tennessee in July 1951, and, 'All Night Boogie', the last track on side one, in Memphis in 1953. These songs were sold to the Chess brothers, Leonard and Phil, who released them on two singles [ Chess 1479, and Chess 1557, the first two titles being released on August 15, 1951.